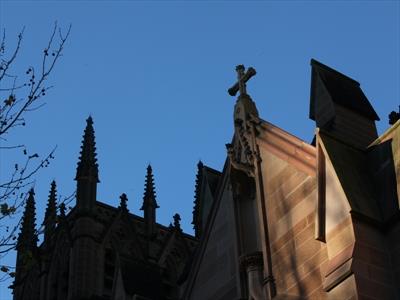 A RETIRED Sydney bishop says the federal government’s royal commission into child sex abuse will not eradicate abuse from the Catholic Church.

He says the Australian royal commission is limited because it will not have the power to fully eradicate the causes of abuse in the church.

“It’s really the church itself that needs to take a hard look at itself and see what we could find there in the way of causes and the systemic factors which may have contributed to the abuse,” he said.

On Tuesday, Bishop Robinson launched his new book, For Christ’s Sake, End Sexual Abuse in the Catholic Church, in Sydney, with the backing of former NSW premier and Catholic Kristina Keneally.

The book looks at the powerful cultural factors which stop the church from addressing the causes of abuse, including obligatory celibacy, the absence of women in the church hierarchy, papal infallibility and clericalism – where the status of the priest is higher than the people.

Bishop Robinson has also appealed to all Catholics to sign a global petition which calls on the Vatican to form another global church council, similar to the the Vatican II Council in the 1960s, which would look at what changes were needed to address the abuse crisis.

“My hope is that the petition will bring so many (signatures) that the people in the Vatican would have to listen,” Bishop Robinson said.

“I’m a great believer in people power. Just as it worked in the Philippines with the Marcos regime, just as it did in the Arab spring … so too it can work in the Catholic Church”.

Bishop Robinson said he was hopeful the newly elected Pope Francis would encourage fundamental changes because he had not worked in the Vatican.