Australian entertainer Rolf Harris has pleaded not guilty to 12 charges of indecent assault dating back to the 1960s. 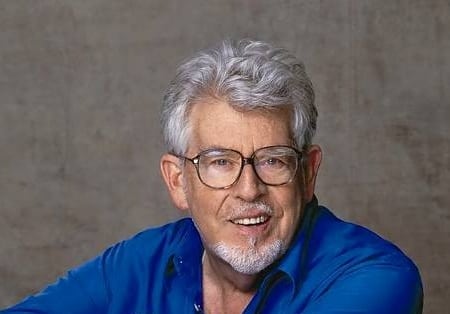 AUSTRALIAN entertainer Rolf Harris has formally pleaded not guilty to 12 historic sex offences during an appearance in a London court.

Harris – dressed in a blue suit and red tie – was accompanied by a small gathering of family and friends at Tuesday’s plea and case management at Southwark Crown Court.

The 83-year-old, appearing relaxed and in better health than his last court appearance in September, answered with a loud and clear “not guilty” as each of the indecent assault charges was read to him in the packed courtroom.

Harris is accused of carrying out sex attacks against four alleged victims over an 18-year period between 1968 and 1986.

The artist, musician and television presenter is also charged with making four indecent images of a child in 2012 but he is yet to be arraigned on those charges.

His trial is scheduled to begin on April 30.

Harris arrived at the court along with a support group that included his elderly wife Alwen, whom he pushed in a wheelchair, and his 49-year-old daughter Bindi.

He hummed a tune to himself as he arrived at the court and sat still in the dock during the hearing, which lasted more than an hour, speaking only briefly to confirm his name and enter his pleas.

He is accused of six offences of indecent assault against a girl aged 15 in 1980-81 and a further alleged assault when she was 19.

Tuesday was Harris’ first appearance in court since a hearing at Westminster Magistrates’ Court in September, when he looked frail and confused at times.

He is expected to attend at least two more hearings before his trial is scheduled to begin.

Harris was remanded on bail by Justice Nigel Sweeney on the condition he does not contact witnesses and lives only at his home address.

The veteran entertainer made no comment to reporters after the hearing as he passed a huge media scrum assembled behind barricades in front of the court.

Harris was questioned under caution in November 2012 by officers working on Operation Yewtree, the national investigation launched after abuse claims were made against Jimmy Savile.

He was then arrested in March, and charged in August. The allegations against Harris have no connection to Savile.

He has not commented on the allegations since he was first named in the press in April.

Harris, who painted a portrait of the Queen in 2005 and performed at her Diamond Jubilee concert last year, has been in the public eye for decades.

He had his first musical hit Tie Me Kangaroo Down, Sport in 1960, and continued to enjoy success in the industry as well as forging a television career.

Harris has also received a number of honours and was made Officer of the Order of Australia in the Queen’s Birthday Honours in 2012.