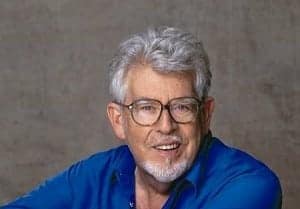 POLICE have today charged iconic Australian entertainer Rolf Harris with nine counts of indecent assault and four counts of producing indecent images of a child as a result of ongoing investigations by special taskforce Operation Yewtree.

Alison Saunders, Chief Prosecutor for CPS London, released a statement today saying that police had been given the go-ahead to formally charge 83-year-old Harris with a range of offences dating between 1980 and 1986. Mr Harris was initially arrested in November last year, however official charges were not laid at the time.

Ms Saunders said: “Having completed our review, we have concluded that there is sufficient evidence and it is in the public interest for Mr Harris to be charged with nine counts of indecent assault and four of making indecent images of a child. The alleged indecent assaults date from 1980 to 1986 and relate to two complainants aged 14 and 15 at the time of the alleged offending.”

Mr Harris, known for classic Australian songs such as ‘Tie Me Kangaroo Down, Sport’, has been charged with nine offences under the Sexual Offences Act 1956, with a further four charges being laid under the Protection of Children Act 1978. Six of the indecent assault charges allegedly involved a girl aged between 15 and 16 from 1980 to 1981. The other three indecent assault charges involved a 14-year-old girl and allegedly took place in 1986.

Ms Saunders reminded the public that Mr Harris had the right to a fair trial and discouraged the publication of material that may prejudice upcoming court proceedings. Mr Harris will appear before court at Westminster Magistrates’ Court on 23 September.