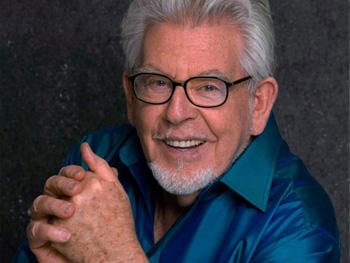 The 83-year-old was named earlier this year as the Berkshire man arrested in late March under Operation Yewtree, established in the wake of the Jimmy Savile scandal.

The investigation into Mr Harris is not connected to the specific allegations against Savile and forms part of the operation termed “others”.

Following questioning in November 2012 Mr Harris was bailed until May “pending further inquiries”, and then again until early August.

He has not been charged and denies any wrongdoing.

Mr Harris is now on bail until late August following his further arrest in relation to new allegations.

Melbourne’s second lockdown spells death for small businesses. Here are 3 things government can do to save them

Although Metropolitan Police have refused to confirm the identity of the man who has been rearrested, it is widely reported to be Harris.

“He has returned on bail today where he was further arrested on suspicion of sexual offences in connection with further allegations made to Operation Yewtree,” the Metropolitan Police said in a statement.

“He has been rebailed to a date later in August.”

The MET stated: “We are not prepared to discuss further, nor comment on the identity of who the man arrested may be.”

Mr Harris made an appearance on Sunday night at the Wickham Festival in Hampshire, thanking his supporters. It is one of only two public appearances he has made since being arrested.

He thanked the 2500 fans in attendance in an emotional address.

“Just before I go any further I would just like to thank you all …for your support,” said Harris.

13 people have been arrested under Operation Yewtree and two have been charged. – With AAP