Republic vs Monarchy | How to solve an Australian identity crisis?

This week we bring you a special Monarchy vs Republic feature, with opinion pieces offered from both sides of the debate. Simon Rowell, Marielle Smith and Cal Viney, Co-Chairs of the London Steering Committee on Being Australia(n), discuss the need to re-examine questions of Australian identity and redefine ‘brand’ Australia. 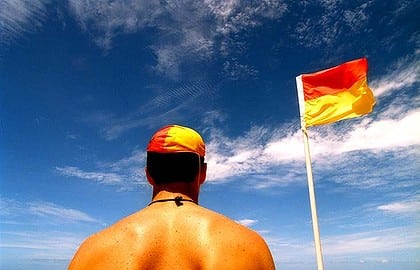 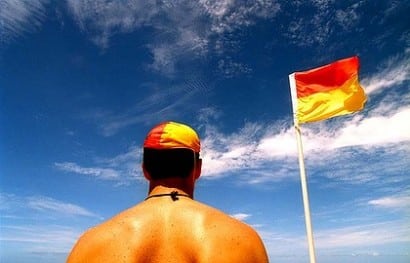 Read Monarchy vs Republic | The ‘Australianisation’ of the Crown

Wearing a fashionable combination of blue singlet, board shorts and crocodile skin boots for the gents, and a skimpy bikini for the ladies, with the barbeque tongs around a shrimp in one hand and a Fosters in the other hand, all on a pristine beach … on Ramsay Street.

That’s the enlightened description one can generally expect of an ‘Aussie’ from a ‘Pommie’. When confronted with such charges, we may well laugh at the crude stereotype, but do we ever stop to ask ourselves that same question: who are we, exactly? What does it mean to be an Australian? And importantly, how can we describe it in a one sentence pub conversation to parry these recurring English verbal jousts?

Of course, this question doesn’t apply just to Aussies in London. Australia itself is suffering an identity crisis. Ask yourself — what is ‘brand’ Australia? What is the Australian project? And why does it matter? We are in desperate need of a new grass roots discussion to interrogate exactly who we are, and Aussies in London are uniquely placed to contribute to this debate.

Australia is changing dramatically in a world already in a state of flux. We are a more diverse people than ever (27% of us are born overseas), going through a struggle to understand our relationship with the dominant mining industry, and with fresh momentum to become more connected with our Asian neighbours, who are the undoubted powerhouses of the 21st century.

And whilst we have been one of the most successful developed economies in the world over the past 10 years — having skilfully avoided a recession — we still find ourselves stuck in a cycle of short-term political crises where fundamental national issues are starved of attention in favour of continuous party leadership squabbles, superficial populist stunts and juvenile school-yard name calling. Unifying leadership is in short supply; and the flame that once burned so deeply in our national conscience to create a truly great Southern Land is quickly burning out.

It’s time to re-examine the question of Australian identity. As Australians, we often shy away from talking about ourselves, but it’s time to have a frank discussion about what unites us.  This conversation is already happening back home.  In May 2013, in a rare act of bipartisanship, Wayne Swan and Malcolm Turnbull united to launch the book Project Republic.  What’s followed has been a national conversation to uncover what Australian identity is all about.

Aussies in London should rightly demand to be part of this conversation. In London alone we number at least 200,000, which would make London the 10th biggest Australian city, larger than Hobart and Darwin. Many notable Australians, such as Geoffrey Robertson, Clive James, Germaine Greer and even, dare we say it, Shane Warne, have become some of our most public cultural ambassadors, whether we like it or not. And a stint in London is a common rite of passage for many young Australians in search of adventure, as well as those Aussies looking to deepen their professional experience in the world’s capital city. The views of this eclectic group of ex-pats clearly needs to be heard back home.

2013 is an important time for us to get together, not least because the Brits are shoving their own, unified and colourful version of their identity right in our faces. As royals barge, colours troop and the 60th anniversary of the coronation is commemorated, we have a good prompt to understand and try to articulate the odd mix of familiarity and distance that comes from being an Aussie in London.

You can be part of this conversation about Being Australia(n) in London on Thursday 27 June from 6.30pm at the London School of Economics. Whether you’re a committed monarchist, a staunch republican, or simply in need of a dose of home, please join us to share your perspective, experience and views on how living abroad has (or hasn’t) changed how you view yourself as an Aussie. David Morris, director of the Australian Republican Movement, is coming to share his lessons from the Our Identity campaign back home, and will be joined by an exceptional panel of expat speakers. We’re hoping the lively event can show those back home where we stand, and perhaps show our fellow Londoners that the days of an Australian identity crisis (and the subsequent light hearted ribbing it fosters) are numbered.