Relief on the way at last for SA

South Australia's five-day heatwave is drawing to a close with cooler temperatures forecast for the weekend. 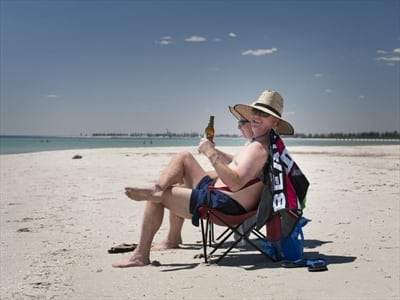 SOUTH Australians are set to get relief after enduring the third worst heatwave in the state’s history.

A cool change began to creep across the state on Friday and Adelaide will have top temperatures of just 29C over the weekend.

The break in the weather brings an end to five days of sweltering conditions when the mercury surged past 40C each day.

Only in 1908 and 2009, when Adelaide sizzled through six days above 40C, have there been worse heatwaves.

Bureau of Meteorology acting regional director John Nairn said the change moved into some coastal areas by midday on Friday but would take time to penetrate further inland.

He said Adelaide was not likely to feel any significant relief until close to midnight.

“It is a very shallow, typical summertime change so it is going to be difficult to see it penetrate far inland,” he said.

“It will take some time for it to go through.”

The hottest spot in the state was Port August with 45.4C.

Despite the looming relief, emergency services urged people to continue to be vigilant with hydration and also with taking care in places where they seek relief including swimming pools and at the beach.

No deaths have been directly attributed to the severe conditions but chief public medical officer Stephen Christley says determining in which cases heat was a factor will likely take some months.

The ambulance service says it has taken an extra 400 calls for assistance over the past four days with demand up about 17 per cent.

There have been 275 presentations to hospitals across the state for heat-related conditions.