Baby Gammy was born with Down’s syndrome to Thai surrogate mother Pattaramon Chanbua along with his twin sister, Pipah.

Gammy’s biological father, David Farnell and wife Wendy Farnell took Pipah back to Australia in 2014, leaving Gammy behind. The Farnell’s were heavily criticised in the media for taking one baby and leaving the other.

Gammy now lives with mother Chanbua and her family in Thailand. Chanbua applied for Australian citizenship for her son with the Australian embassy in Bangkok in August as he required medical treatment for a series of health problems.

On 20 January Gammy was granted Australian citizenship as David Farnell, his biological father, is Australian. Gammy is now eligible for an Australian passport and will have access to healthcare in Australia. 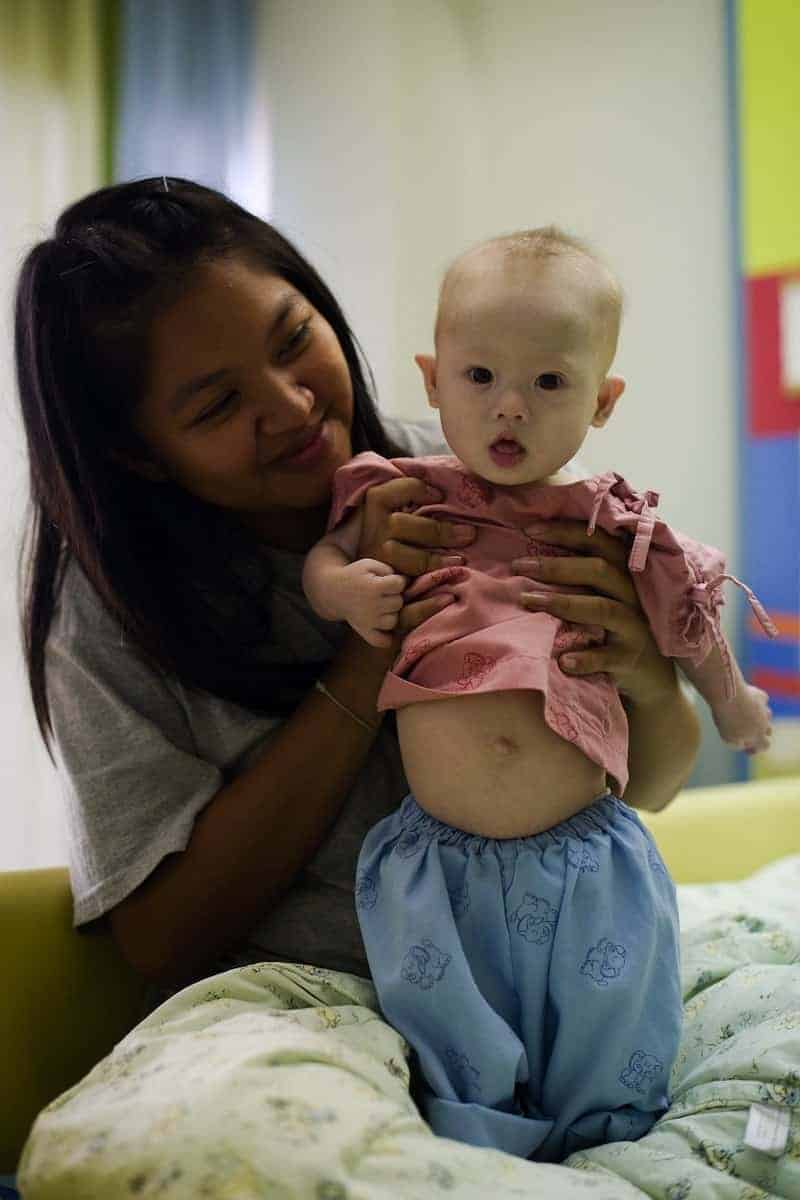 David Farnell said the following in the interview on Channel Nine’s 60 Minutes on Sunday night:

“It was late into the pregnancy that we learned the boy had Down’s. They sent us the reports but they didn’t do the checks early enough. If it would have been safe for that embryo to be terminated, we probably would have terminated it, because he has a handicap and this is a sad thing. And it would be difficult – not impossible, but difficult.”

Chanbua claimed that she had not allowed Gammy to return to Australia with the Farnells. Farnell confirmed this in the interview.

“The surrogate mother wanted to take our girl and we were getting scared that we were going to lose her. We had to try and get out as fast as we could.”

In August it was revealed that David Farnell had child sex convictions. In the interview he openly expressed regret about his past.

“I have been convicted of child sex offences and I hang my head in shame,” he said. “And I am deeply regretful for that. I am so, so sorry to those people. I was convicted and I went to jail.”

The Farnells retain custody of Pipah under strict court conditions.

When asked if his daughter was safe in his care in light of his past, Farnell swore that he was no longer attracted to children.

Gammy’s case drew donations from around the world which have been used to pay for his hospital bills and a new home for Chanbua’s family.