Queenslanders have been so diligent in feeding excess electricity from their home solar panels back into the grid that their electricity price remained at $0.00 for a few days last week. 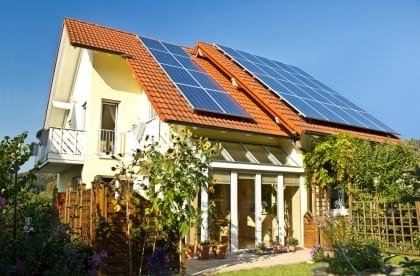 Queensland’s electricity usage is normally in the region of $40.00 – $50.00 per megawatt hour, but last week it remained at $0.00 for a number of days as excess electricity generated through domestic solar panels was fed back into the system.

Last year coal based electricity generators in Australia struggled to show any form of profit after 1.2 million Australian homes installed solar panels.  Reports suggested that the market is only starting to grow and this number is expected to increase to more than 7 million households opting for solar energy before 2025.

Using a field of mirrors, Australian scientists in Newcastle reflected sunbeams to a receiving tower which created temperatures of around 570 degrees Celsius.  These temperatures combined with high pressure produces what is known as “supercritical steam” — something solar power plants are yet to be able to produce.

According to researchers in the solar power industry supercritical steam could eventually reverse Australia’s reliance on fossil fuels, if the technology can be sustained.

Amanda McKenzie, CEO of the Climate Council, said: “The US has a target to reduce coal emissions by 30% by 2020. China has indicated that they’ll put absolute targets on their emission reductions; they have an emissions trading scheme that will cover a quarter of a billion people. The Indian prime minister wants to put solar panels on every roof in India. Australia is part of a global community that is acting – and we need to play our part.”

It is a well-documented fact that, per capita, Australia is one of the world’s largest producers of fossil fuels and remains heavily reliant on coal-fired power stations. This week it is expected that Australia’s government, led by Prime Minister Tony Abbott, will repeal its carbon tax legislation.