Qld will not follow NSW with Gonski education reforms

Queensland’s education minister says his state won’t follow the lead of NSW in signing up to Canberra’s schools reform. 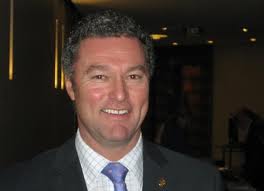 QUEENSLAND’S education minister says his state won’t follow the lead of NSW in signing up to Canberra’s schools reforms.

“We won’t be following at the moment,” John-Paul Langbroek told AAP.

“We’ve made it very clear that we’re not going to do what NSW has done, which is rob Peter to pay Paul.”

“It’s no coincidence that equates to the amount they’ve now been able to find to put back into the education system under the Gonski banner.”

The minister said he would not cut spending simply to rebadge programs under Gonski and denied Queensland was being intransigent for political purposes.

“In any negotiation, it’s important that there be give and take.

“We’d like the prime minister to meet us halfway, but in the meantime we can’t sign up to something that involves more bureaucratic reporting, more red tape, and regulation that stops our teachers, principals and students from doing the best job they can.

Mr Langbroek says Queensland’s planned education reforms will deliver many of the things the prime minister wants to achieve.

“Imitation is the sincerest form of flattery, and she spoke today about a number of things to do with her Gonski reforms that are exactly what we announced two weeks ago in Great Teachers Equal Great Results.”

“This is a once in a generation opportunity to improve every Queensland school and Mr Newman should follow Barry O’Farrell’s lead and sign up to the deal,” he said. – AAP