Christoper Pyne spoke in London this week laying emphasis on his aspiration to grow the Australian Higher Education System, drawing the scorn of some experts. 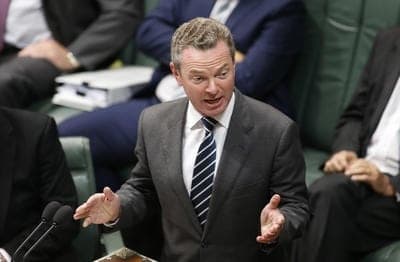 Christopher Pyne’s ambition to “make Australia’s Higher Education System the best in the world” has been dismissed and mocked by commentators labelling it as ‘daft’ and ‘meaningless’.

Mr Pyne spoke in London on Monday laying emphasis on his aspiration to grow the Australian Higher Education System saying he planned on “making some of our universities the very best in the world”.

The Institute of Education’s Professor Simon Marginson at the University of London spoke out describing Pyne’s plan as pompously arrogant.

“The US has 17 of the world’s top 20 universities and half the top 50. Australia does not have the necessary size, and would have to invest much more heavily to match the middle sized and smaller systems like UK, Canada, Switzerland, Denmark and Sweden – even Netherlands.  What produced the strongest systems was government and public agency investment in research. The federal government would be well advised to benchmark the Australian system against that of Canada, which most closely resembles that of Australia. Canada is way ahead on most indicators,” Marginson said.

A sentiment echoed by educational economist and head of economics and the University of Sydney Professor Harmon when he plainly stated that Pyne’s comments were ‘daft’ saying “one of  the best higher education system in the world, that is a really hard – and daft – target.”

“All I can say is that reasonably you might expect eight to ten institutions from Australia to show up in the global top 100, and you would expect maybe half of them to be in the top 50. But to break into the top 30 requires building endowments, consistent and constant commitment from government towards the research infrastructure to attract the talent.

A great system is one that recognizes that not all institutions are equal and embraces that rather than seeing it as something to level out. It’s one that builds pathways from great teaching institutions into the research intensives ones for students” stated Harmon.