A protester has interrupted the annual dawn service at Anzac Cove at Gallipoli this morning, claiming that Australian police were trying to kill him. 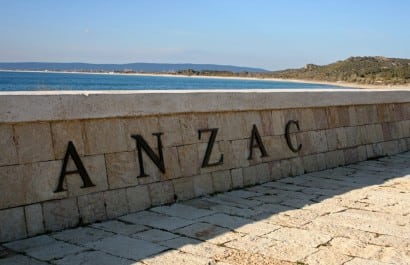 A PROTESTOR has interrupted the annual dawn service at Anzac Cove at Gallipoli this morning, claiming that Australian police were trying to kill him.

Police believe that Ersoy holds dual Turkish-Australian citizenship, and currently lives in Sydney. Turkish journalists attempted to ask Ersoy why he felt threatened by Australian police as he was taken into custody, however Ersoy did not respond to their queries.

A Turkish police officer said: “We do not know what the problem is. But he has a problem with the Australian Government, he has expressed displeasure with the government. We will know follow the judicial process, we will not know what it is about until after the interrogation.”

Before he was arrested, onlookers initially believed that Ersoy was a military official yelling orders relating to the ceremony. Speaking on behalf of the Australia government, Snowden was making a speech that quoted Turkish statesman and military leader Mustafa Kemal Ataturk at the time that Ersoy was arrested.

Snowden said: “ ‘I do not order you to attack, I order you to die’; a ferocious order to contrast with the serenity that came with dawn’s early light today on the bleary and beaming faces of so many who camped overnight on the shore.

“The histories now written give us ample vision of the disaster that was the Gallipoli campaign. Yet although it was so dreadful, it has become central to our nation’s story, a hallmark in defining our nationhood and what we see as important in terms of mateship, service, sacrifice, courage and commitment.”

Attendance at this year’s Gallipoli dawn service was down on previous years, with 5200 people making the pilgrimage to Turkey for Anzac Day. This figure is around 1000 less than last year’s attendance, however service director Tim Evans said that he believed attendance would increase steadily in the lead up to the 100th anniversary of the Gallipoli landing in 2015.

Organisers of the Gallipoli dawn service will cap the number of attendees at the 2015 service at 10 500, with a ballot determining who is able to attend. Evans has also encouraged cruise ship operators to anchor in the waters off Gallipoli in order to supplement the thousands of attendees that win a place at the ceremony itself.

Evans said: “It’s that sort of ingenuity we support completely. I know of four definite cruise liner offerings and there may be others that I haven’t caught up with. We needed a more professional organisation of the service to ensure (the) security and safety of large crowds moving forward.”