As pot shops open in the US state of Colorado, the HEMP Party has sparked new calls for Australia to legalise the recreational use of marijuana. 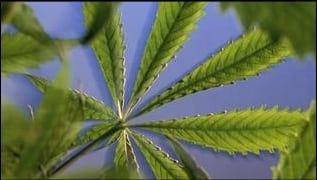 THE legal sale of marijuana for recreational use in the US state of Colorado has sparked new calls to legalise the drug in Australia.

The HEMP (Help End Marijuana Prohibition) Party is calling for the Federal Government to take its cue from Colorado, where the sale of up to 28 grams — or an ounce — of weed became legal on 1st January 2014.

HEMP Party president Michael Balderstone argues the laws prohibiting the recreational use of marijuana is a crime, and wants to see a referendum on the issue.

“If we had a referendum here and had a proper open discussion — a month-long discussion — I would think it would pass,” Balderstone told AAP.

The national drug policy in Australia is based on the principle of criminalisation and harm minimisation.

Laws vary from state to state, with the drug  being illegal in NSW, Queensland, Victoria and Tasmania.

Possession of marijuana mostly attracts fines in the ACT and NT, while WA users receive mandatory drug diversion counselling if caught with 10 grams.

Officials in Colorado have anticipated sales will generate about $US 67 million ($A75.55 million) in annual tax windfall.

However, critics are worried about the impact this legalisation will have on tourism, and are concerned it will turn the state famous for its ski resorts and breathtaking mountain vistas, from the Rockies into the Stonies by creating a culture of “pot tourism”.

In a previous statement the HEMP party said Australia’s tourism industry is suffering because of its prohibition laws.

“It really impacts on tourism because the tourists with the most money to spend, young travellers from western countries, usually smoke lots and lots of Cannabis.

“So what do these valuable tourists do? They look at our laws and then book a holiday in America, in Spain, in Portugal, or in the Netherlands, or some other Cannabis tolerant destination. Until we re-legalise and regulate the growing and sale of Cannabis our tourism industry will be going backwards.”

The Australian Drug Foundation warns there is no safe level of drug use.

“Those with a family history of mental illness are more likely to also experience anxiety, depression and psychotic symptoms after using cannabis,” the foundation says on its website.

“Psychotic symptoms include delusions, hallucinations and seeing or hearing things that do not exist or are distorted.”

Balderstone does not deny the drug has been linked to psychosis, but argues the health damage is less, on average, than that caused by tobacco and alcohol.

“Absolutely, it can (cause psychosis),” he said. But he maintains people who get high are more likely to stay in than go out and cause trouble.

What’s your opinion? Do you think pot should be legal in Australia? Leave your thoughts below.