Poll: Australia’s new BFF is the US but we remain fond of our UK mates

A poll conducted by the Lowy Institute claims that Australia and the UK are no longer best mates. While Brits are still on our Christmas card lists we are actually chumming up with the Yanks. 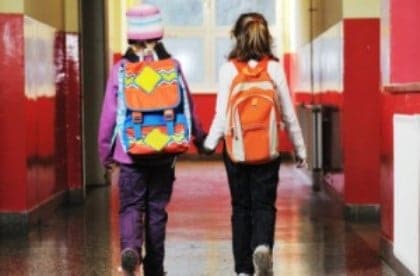 A rich joint cultural history has kept Australians and Brits besties for more than 200 years.

But it seems the Aussies are going through a bit of a ‘200-year-itch’ as they are courting the Americans.

Picking from a list of ‘best friends’ Australians placed the Brits at their third best friend with New Zealanders being slightly more popular in second while 35% of respondents said their ‘bestest’ friends are Americans.

The poll established that Australians feel a greater affinity to other English speaking nations and feel they have more in common with the Yanks half a world away than with their Asian neighbours.

“This is a good time for our two nations [Britain and Australia] to focus on our relationship and our shared interests in Asia and beyond,” said Lowy Institute Executive Director Dr Michael Fullilove.

No snapback: Reserve Bank no longer confident of quick bounce out of recession

“The United Kingdom is an important international actor and a fellow member of the G20 and the UN Security Council.”

Australia’s long-awaited cybersecurity strategy, released yesterday, pledges to spend A$1.67 billion over the next ten years to improve online protection...