The Liberal Party’s own polling company’s survey finds that Australians are much more supportive of same-sex couples enjoying the same marital rights as heterosexual unions. 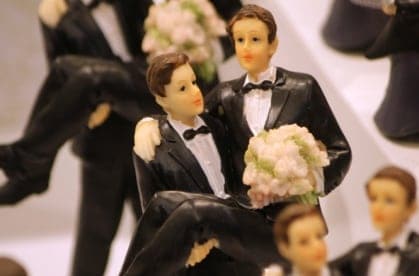 In a poll conducted by Crosby Textor, which was commissioned by Australian Marriage Equality, confirmed that a record number 72% of Australians are pro same-sex marriages being legalized.

The poll, which was published this week, also found that a staggering 77% of those interviewed in the poll believe that Coalition MPs should be allowed a conscience vote on the matter.

He also said that he would move a private member’s bill to amend the federal marriage act as soon as that happened.
The added public support comes as Australia’s Olympian swimmer Ian Thorpe earlier this week confirmed rumours that he is gay.

The poll further revealed that only 21% of Australians interviewed remained opposed to same-sex marriages.

These finding highlights the fact that the government is even more out of sync with the Australian man on the street than was thought before.

Interestingly, the poll also concluded that that support for same-sex marriage is now higher in Australia than it was in any other country, including New Zealand and Great Britain, at the time when these countries passed their marriage equality laws.

The poll found that support for same-sex marriages grew regardless of the respondents’ age bracket or religious orientation, which included Catholic, Anglican and non-Christian religions.

The largest support came from people who have children, with 85% being in support of marriage equality for gay couples.

Last week Fairfax Media revealed that Australian same-sex couples wanting to marry in British consulates in Australia are facing extraordinary legal hurdles.  The problem appears to stem from the lack of legal recognition for overseas same-sex marriages and Federal Parliament’s failure to move on marriage reform.

”We don’t want this to fail again – we want a debate which has the capacity of a bill passing, and marriage equality being achieved,” said Labor Senator Penny Wong, who is openly gay, to ABC Radio.

Also speaking to ABC Radio, Australian Marriage Equality national director Rodney Croome said, “With Australians across all key demographics supporting marriage equality in record numbers, it’s fair to say the public has made up its mind, the community debate has been won, and it’s time for politicians to act.”

Mr Abbott has said any amendment to the Marriage Act will be a matter for the Coalition party room.