Prime Minister Tony Abbott has defended the work of intelligence agencies as leaked documents trigger a debate over privacy. 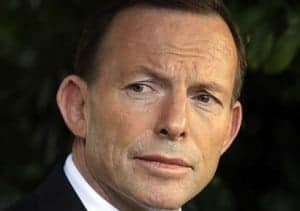 PRIME Minister Tony Abbott has defended Australia’s intelligence agencies, saying their gathering of telephone and email metadata is within the law.

The DSD told US, Britain, Canada and New Zealand at a 2008 intelligence conference it could share material without some of the privacy restraints imposed in other countries.

In response to the leak, Mr Abbott said he was confident Australian intelligence agencies were acting within the law and that there were proper safeguards.

“We as an Australian government … will always act to safeguard our national interest and to protect our citizens,” he told reporters in Canberra on Monday.

Mr Abbott was unaware of any illegality, saying if anyone had evidence to the contrary they should come forward.

The DSD, now the Australian Signals Directorate (ASD), suggested it could share “bulk, unselected, unminimised metadata as long as there is no intent to target an Australian national”, according to the material leaked by Mr Snowden.

Metadata is information kept by telecommunications groups – like phone numbers, email addresses, and the dates, times, locations and duration of calls – but not their content.

But some specific metadata is shared in investigations involving overseas agencies.

ASIO’s metadata collection is in line with ministerial instructions and subject to internal checks, and it doesn’t require a warrant to access the information from a telco.

If ASIO wanted to investigate the actual content, it requires a warrant from the Attorney-General.

It can access information on Australian citizens if it has a “ministerial authorisation” and this would be signed off by the Attorney-General.

Authorisations have been granted in the past in relation to communications between terrorist organisations and Australians.

Australia’s intelligence agencies are overseen by the Inspector-General of Intelligence and Security and a federal parliamentary committee.

Attorney-General George Brandis said the documents cited by the Guardian “do not report or record any activity by any Australian intelligence agency”.

The Australian Greens want an inquiry to reassure the public they are not being spied on.

“Last week and the week before there were revelations about spying on heads of state. This week, it is about everybody else, the rest of us,” Greens senator Scott Ludlam said.

The agency has conducted an audit of intelligence it has shared with foreign agencies to assess what sort of material Mr Snowden might have.