Labor will need Tanya Plibersek’s skills as a communicator and her popularity with colleagues as it tries to unite after a devastating election loss. 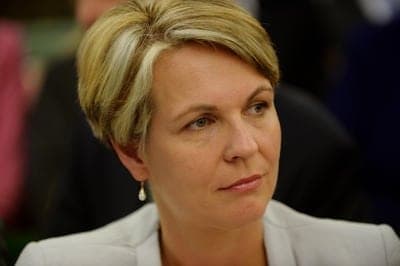 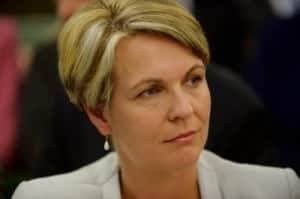 LABOR’S new deputy leader Tanya Plibersek will need all her much-vaunted communications skills if the party is to tackle the three important tasks she says are facing the opposition.

Defending the ousted Labor government’s economic and social legacy, explaining Labor’s vision for the future and, perhaps most importantly, rebuilding a united party.

“Where we support and encourage one another, where of course we have our differences over policy, but we handle those maturely and respectfully,” she said after being unanimously elected by caucus on Monday.

Popular among her colleagues, the former health minister is needed up front by Labor leader Bill Shorten if he is to engineer a quick recovery from the divisive Rudd-Gillard years.

A regular on panel shows such as the ABC’s Q&A, Ms Plibersek was elected to parliament in 1998 along with two other women who would come to shape the party – Julia Gillard and Nicola Roxon.

Following the 2007 election victory under Kevin Rudd, the MP for Sydney was appointed the Minister for Housing and Minister for the Status of Women, and was also a Minister for Human Services and Social Inclusion.

One of Labor’s best at publicly prosecuting an argument – she is a journalism graduate from Sydney’s University of Technology – it wasn’t long before she was elevated to cabinet with the health ministry.

Of the party’s left, Ms Plibersek has been an outspoken advocate for women’s rights, as well as same-sex marriage.

Mr Shorten said his 43-year-old deputy, born to Slovenian migrants and with a father who worked on the iconic Snowy Hydro Scheme, reflects the Australian story.

Ms Plibersek became emotional when talking about her background on Monday.

“I don’t think that there are many countries in the world where someone’s whose parents come here, nothing but a suitcase each, could ever aspire to being a member of parliament, let alone taking on this responsibility that my colleagues have entrusted me with,” she said.

Married to the Director General of the NSW Department of Family and Community Services, Michael Coutts-Trotter, Ms Plibersek has three children.