Philip Morris' exit from Australian manufacturing has been likened to the waning of the once legal slave, opium and child labour trades. 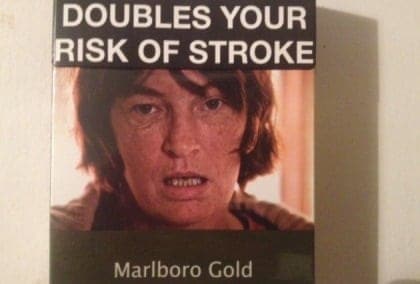 Philip Morris’s decision to quit manufacturing in Australia shouldn’t come as a surprise for an industry that is increasingly on the nose, a public health expert says.

University of Sydney Professor of Public Health Simon Chapman compared the tobacco industry with past and previously legal trades.

“What we are seeing here is the 21st century’s equivalent of what happened to the perfectly legal slave, opium and child labour trades in the 19th century,” Prof Chapman told AAP.

Philip Morris will cease cigarette production at its Victorian plant, snuffing out 180 jobs, by the end of this year.

The company says reduced-fire risk regulations introduced in 2010 – which require Australian-made cigarettes to self-extinguish if dropped or discarded – made it difficult to secure new export markets in the region.

The Moorabbin plant was operating at half-capacity and the company also said it faced a long-term, gradual decline in Australian demand. Philip Morris will transfer its Australian production to Korea.

“The company’s claim about Australia’s requirement for reduced-fire risk products ruining their export opportunities is laughable,” he said.

“Philip Morris could have encouraged regional markets to adopt the same standards and save lives and property damage from fires. But it’s not got a great record in giving priority to fixing the damage its products cause.”

Quit Victoria also said Australia’s move to reduced-fire risk cigarettes should not be spun as a negative, as it addressed a known problem of cigarettes triggering house and bushfires.

“The government legislated that all cigarettes had to be made with reduced ignition propensity paper as, before that, a lit cigarette would remain burning because the paper had accelerants in it,” said Quit Victoria executive director Fiona Sharkie.

“We know a large number of house fires result from people going to sleep while they are smoking … there is also a benefit in cases where cigarettes butts are thrown out of car windows.”

Ms Sharkie said it was very sad for any worker to lose his or her job but “we want to see the Australian and Victorian community absolutely free of the harms of tobacco”.

“It would not be a business that you’d be entering into in Australia right now.”