Peter Garrett says while everyone involved in the pink batts program had a role to play minimising risks, he bore ultimate responsibility. 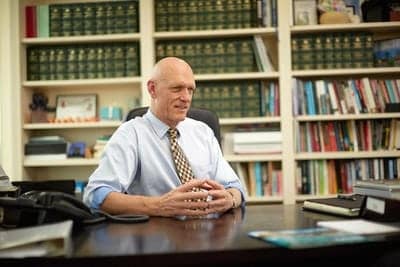 But he has told a royal commission in Brisbane that everyone involved in the program – from state regulators to employees – had a role to play in minimising risks.

The so-called pink batts scheme has been blamed for four deaths, at least one serious injury and 224 house fires.

Installers Matthew Fuller, Rueben Barnes, Mitchell Sweeney and Marcus Wilson all lost their lives under the scheme in 2009 and 2010.

He says the three electrocutions in New Zealand in 2007 were raised only briefly after Queenslander Matthew Fuller’s death, but added he should have been told earlier.

Mr Garrett said he had visited New Zealand in 2008 to see a house that had insulation installed for a low-income scheme, but his main priority was to speak about Japanese whaling, so he wasn’t briefed on the New Zealand deaths.

Mr Garrett told the inquiry he took safety very seriously and acted on all advice he received about the home insulation program.

In his statement to the inquiry, Mr Garrett said he was ultimately responsible for the scheme, although then senator Mark Arbib oversaw elements of the $42 billion stimulus package.

“I was responsible for the rollout of the HIP (home insulation program) and bore ultimate responsibility for its implementation,” he wrote.

But under cross-examination by counsel assisting Keith Wilson, Mr Garrett said various bodies had a responsibility to minimise risks.

“My view about responsibility is that we share responsibilities in the delivery of government programs,” he said.

“We share responsibilities with those other institutions that equally have them, such as state regulatory bodies, employers, ultimately employees as well.

“I’m certainly mindful that as a government minister delivering a program there’s a responsibility to the best of your capacity to ensure it’s delivered in a way that minimises risk.

“You’re never going to get rid of risk altogether in any course of life.”

Mr Garrett said the federal government tried to minimise risk through the “measures that were put in place over time”.

These included a national register of installers and audit and compliance guidelines, he said.

A preliminary study, posted online this week by researchers at the Australian National University and elsewhere, estimates 71,000 Australians had...

Additional funding to be spent on anti-virus measures such as telehealth, pathology services, home medicines delivery and more PPE.

Humanity originated on the African continent at least 300,000 years ago. We know from fossil evidence in southern Greece and...

Here’s how active this year’s Atlantic hurricane season has been: When Tropical Storm Wilfred formed on Sept. 18, the National...