Palmer elected in strong debut for the Palmer United Party 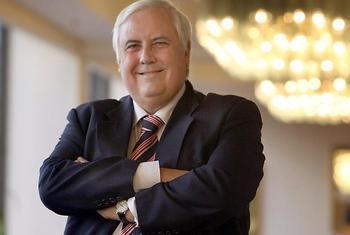 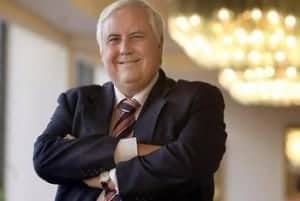 THE Palmer United Party’s strong electoral debut at Saturday’s election is expected to see the newly-formed party represented in both houses of parliament, with party founder Clive Palmer claiming that Palmer United Party preferences were essential to the victory of Tony Abbott’s Coalition.

Mr Palmer is expected to be elected to parliament in the Sunshine Coast electorate of Fairfax after preferences are allocated, winning an electorate that had been held by Liberal National Party MP Alex Somlyay since 1990. He also believes that the Palmer United Party will be victorious in the neighbouring electorate of Fisher, despite former Howard government minister Mal Brough enjoying a significant lead.

The Palmer United Party is also expected to be represented in the federal Senate, with former rugby league player Glenn Lazarus on track to be allocated one of Queensland’s vacant positions in the upper house. While Senate results will not be finalised for several weeks, Palmer United Party representatives Jacqui Lambie from Tasmania and Dio Wang from Western Australia are also considered possibilities for election.

Mr Palmer said despite only being formed four months ago the Palmer United Party had already out-polled the National Party and had played a considerable role in securing the election for the Coalition. The party received around 6 per cent of the national vote, while in Queensland it achieved over 10 per cent of the vote in most electorates.

Mr Palmer said: “We had six per cent and we preferenced the Liberal Party. The swing against Labor was 4.5 per cent. Without Palmer United’s preferences, Tony Abbott would not be prime minister.”

Mr Palmer said that he was pleased with his party’s performance in Saturday’s election, and that he intended to use his three-year term in office to further promote the policies of the Palmer United Party. He claims that by the next election the Palmer United Party will be established enough to have a serious chance at forming government.

Mr Palmer said: “Those policies weren’t reported nationally, but they got me 30 per cent of the vote in Fairfax, where the local media reported on them. It’s never been done in the history of Australia in such a short time. We got more votes than the National party nationally, and they have been around for 100 years.”

The soon-to-be elected Member for Fairfax said that he would act as the Palmer United Party’s parliamentary leader and would therefore exert some influence over the party’s other elected candidates. He said that his role as party leader would be no different to that which takes place in the Labor Party and the Coalition.

Mr Palmer also denied claims by newly-elected New England MP Barnaby Joyce that he would bring “pandemonium” to parliament. He said that federal parliament was “about having rational debate and raising critical issues — which Barnaby would struggle to understand.”