Authorities in Australia have launched a special operation to clamp down on illegal oyster sales this Christmas. 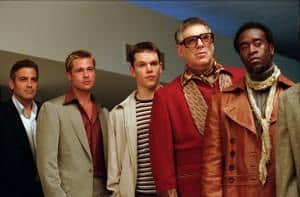 A CHRISTMAS crackdown on oyster thieves is underway in Australia.

The NSW Department of Primary Industries on Thursday launched Operation Trident targeting the theft or illegal sale of oysters during the peak sale season.

“Consumers are being urged to be our eyes and ears on the streets this Christmas,” he said in a statement.

“Most illegal seafood is stored in the backs of unrefrigerated trucks and we strongly advise against anyone consuming seafood if they don’t know where it’s come from.”

The operation – which consists of covert surveillance and open investigations – will use officers of the NSW Food Authority and NSW Police, as well as consultation from the NSW Farmer’s Association.

Will the UK really join the CPTPP free-trade bloc in Asia-Pacific?

Superintendent Mark Hutchings of NSW Police Marine Area Command said the community must play its role in stamping out the illegal seafood trade.

He urged anyone approached by someone trying to sell cheap oysters to ring Crime Stoppers. -AAP

Alexander Lukashenko should be resting easily in Minsk, looking forward to his sixth term as the president of Belarus.

Fall of 12.2% in quarterly GDP is largest in country’s history. But Finance Minister says economy is already picking up.