On the rocks; Anti-Australian rhetoric on rise in Indonesia

Australia has been accused of betraying Indonesia amid an outbreak in nationalist rhetoric in the wake of fresh spying allegations. 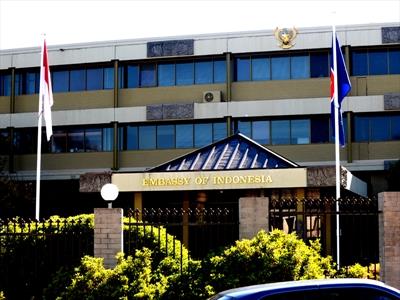 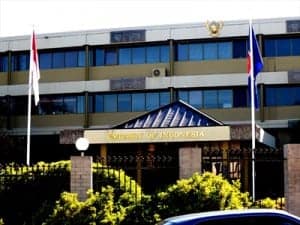 AUSTRALIA has been accused of betraying Indonesia and “destroying” the countries’ diplomatic relationship in an outbreak of nationalist rhetoric following fresh spying allegations.

As Indonesia’s ambassador to Australia, Nadjib Kesoema, departed Canberra for Jakarta on Tuesday, the pages of the country’s newspapers were dominated by calls for an even tougher response to the latest claims.

The scandal was front page material in all Indonesian and English language newspapers, and led television news bulletins.

One of the largest selling Indonesian language newspapers, Media Indonesia, also carried an editorial under the headline “Not Inferior Nation”, calling for a “harsh response to the Kangaroo Country which has betrayed the good relationship”.

“It’s time to remind the world that Indonesia is not a nation to be treated (in this way),” the editorial read.

University of Indonesia international relations expert Hikmahanto Juwana said the latest spying scandal had awoken nationalist fervour in Indonesia, adding that expelling a number of officials would probably have a calming effect.

He warned the Indonesia government had to be careful to not let public anger spiral out of control.

“Just expel some of (the) US and Australian diplomats, just two or three of them. Then after we calm down, then start a fresh new chapter,” Professor Hikmahanto said on Tuesday.

Dr Yudhoyono made his feelings clear in a series of tweets to his four million followers about the claims Australian spies targeted his mobile phone in 2009.

It has been alleged the president’s mobile activity was tracked for 15 days during August 2009 and at least one eavesdropping attempt was made.

The president says the claims, which stem from a leak from fugitive US intelligence whistleblower Edward Snowden, have “injured” Indonesia’s strategic relationships with Australia and the US.

“We will also revisit our bilateral co-operation agenda,” he said, going on to warn of “painful consequences”.

“I also deplore the Australian Prime Minister’s statement that plays down the spying issue on Indonesia, without feeling guilty,” he said, according to a translation of his recent tweets.

The deputy chairman of the Indonesian parliament’s foreign affairs and defence committee, T.B. Hasanuddin, has also warned of the potential for an explosion in anti-Australian sentiment in Indonesia as a result of the spying allegations. – AAP