AUSTRALIAN ELECTION 13 | Footage of federal Liberal candidate for the NSW swing seat of Greenway Jaymes Diaz bumbling his way through a Network Ten interview during his campaign trail has gone viral across the internet. 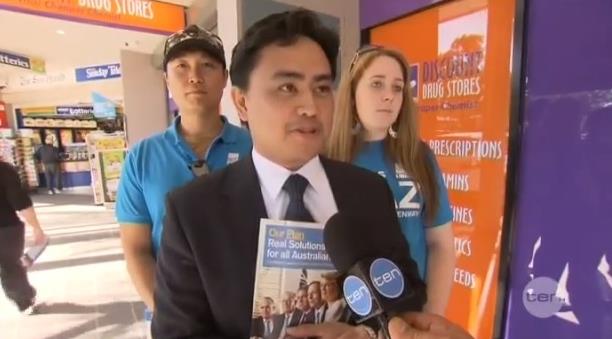 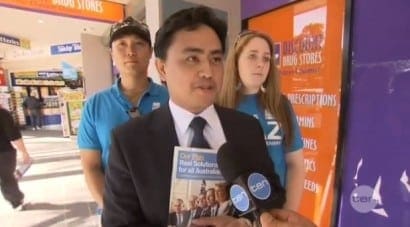 FOOTAGE of a federal Liberal candidate bumbling his way through a Network Ten interview during his campaign trail has gone viral across the internet.

Jaymes Diaz, the Liberal candidate for the New South Wales swing seat of Greenway, failed to answer a series of questions on key coalition policies when grilled by Network Ten reporter John Hill.

Mr Diaz failed to provide a single point of the coalition’s six-point-plan to stop boats of asylum seekers entering Australia.

His best reply (at 3.36min) was: “Here’s the thing. The boats started under Kevin Rudd. Under the coalition government, we’d stopped the boats.”

Mr Diaz was also stumped when asked about the coalition’s status on paid parental leave (at 5.50min), prompting his minder to end the interview.

Mr Diaz’s reply when he was leaving was: “We support families.”

Despite being left red-faced, Mr Diaz received sympathy from both Opposition Leader Tony Abbott and Prime Minster Kevin Rudd over his performance.

“He’s a relatively young bloke, he’s in his early 30s, he has a lot of potential, he’s quite smart, he’s very well connected in the area … he’s a good young fella,” Mr Abbott told ABC radio.

“Inevitably, a very experienced and slightly aggressive journalist shoves a microphone in your face and starts barking at you and it is possible to freeze.

Mr Rudd told reporters in his seat of Griffith: “I understand the Liberal candidate for Greenway had a few challenges yesterday.

“I’m sure some of ours will at some stage or another.”

Mr Diaz is running against Labor MP Michelle Roland, who currently holds the seat by 0.9%.