ELECTION13 | Federal candidates in Treasurer Chris Bowen's electorate of McMahon have been linked to both corrupt detective Roger Rogerson and political assassin Phuong Ngo as the election campaign turns negative. 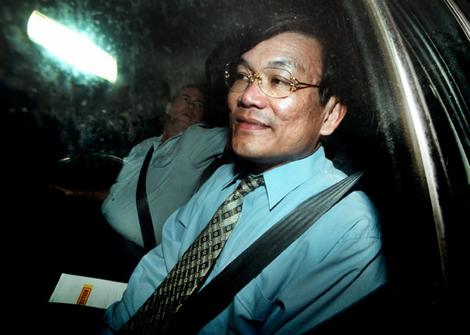 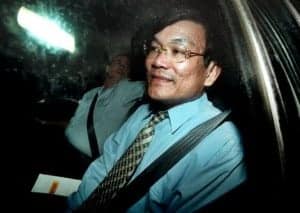 POLITICAL candidates in the New South Wales electorate of McMahon have become embroiled in a smear campaign based on allegations that they have associated with high-profile figures like corrupt police officer Roger Rogerson and the man convicted of ordering Australia’s first political assassination, Phuong Ngo.

Frank Oliveri, campaign coordinator for Liberal Party candidate Ray King, has been revealed by Fairfax Media as a having joined Mr Ngo in Long Bay jail on several occasions in 2002. He is also alleged to have visited Mr Ngo, a local Fairfield councillor who ordered the killing of Labor MP John Newman in 1998, for a Chinese New Year banquet on February 21, 2002.

The allegations against Mr Oliveri came a day after the Liberal Party highlighted the connection between Mr Ngo and federal treasurer Chris Bowen, who is also a candidate in McMahon. Mr Bowen was the youngest ever mayor of Fairfield council and voted with other councillors to continue paying Mr Ngo’s salary while he was on remand for the ordering the assassination of Mr Newman.

Mr Carr, now a federal senator and Foreign Affairs Minister, was eventually forced to open an inquiry into claims that Mr Ngo was still influencing the decisions of Fairfield council from behind bars. Mr Lalich, now the state MP for Cabramatta, later admitted that he and his fellow councillors had visited Mr Ngo after his arrest while denying that it was for political purposes.

Mr Lalich said: “We go down and visit him to offer support. We’re like the cheer-up squad. We do it for old times’ sake.”

The smear campaign in McMahon began earlier this year when it was revealed that Liberal candidate Ray King had been called before the Wood Royal Commission in 1996 in relation to his time as a detective in the Fairfield area. He admitted to the Wood Royal Commission that he had accepted free meals and alcohol at a local club in return for “informal security” — a term believed to refer to as a clandestine police protection.

Mr King’s links to corruption were further solidified after it was revealed that high-profile former police officer Roger Rogerson attended his campaign launch and fundraiser in the lead-up to this weekend’s federal election. Mr Rogerson, a highly decorated New South Wales police officer, was allegedly involved in a web of police corruption and was imprisoned for fraud in the late 1980s.

Federal MP for McMahon Chris Bowen was elevated to the role of Treasurer in Kevin Rudd’s recent successful leadership bid. He was first elected to the Fairfield council in 1995 and served as Mayor of Fairfield between 1998 and 1999, during the tumultuous period that included Mr Ngo’s incarceration for murder.