Prime Minister Kevin Rudd is facing yet another internal crisis with allegations that the New South Wales Labor Party are engaging in branch stacking. 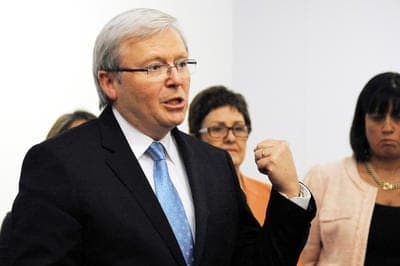 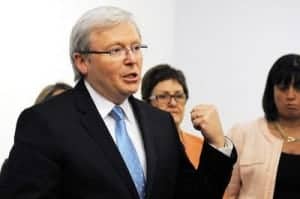 PRIME Minister Kevin Rudd is facing yet another internal crisis with allegations that the New South Wales Labor Party are engaging in branch stacking in an effort to have a former union boss elected in the seat formerly held by outgoing minister Peter Garrett.

Sources within the Labor Party claim that branch membership registers in the electorate of Kingsford Smith had been doctored in order to ensure the pre-selection of state senator Matt Thistlethwaite to succeed Mr Garrett. It has been suggested that – if Mr Thistlethwaite was pre-selected — he would be replaced as senator by current New South Wales party secretary Sam Dastyari.

An investigation undertaken by The Daily Telegraph showed that 58 people had paid their membership fees on the exact same day, thereby becoming eligible to vote in this week’s pre-selection contest. This figure represents more than half of the entire branch, and could have a significant impact on deciding who will represent the Labor Party in Kingsford Smith at the 2013 election.

Each of the individuals that were recorded as having paid their membership fees on March 31 were registered with the Malabar branch of the Labor Party, which is Mr Thistlethwaite’s local branch. Senior sources within the New South Wales Labor Party claim that the membership irregularities should have triggered an investigation by the party’s head office.

A source within the Malabar branch of the Labor Party said: “It’s not stacking – more like a front end loader. The rules are quite clear. No one else can pay for your membership, if someone else paid for your membership it would be paid in bulk. The question is where did the money come from?”

Mr Thistlethwaite is a former Labor Party state secretary and candidate for the Australian Workers Union. He has three years remaining of his term in the New South Wales upper house, however it is suggested that he was forced to run as a candidate in Kingsford Smith to create a position for Rudd ally Sam Dastyari.

Mr Dastyari is a key figure in Mr Rudd’s plans to democratise the internal politics of the Labor Party and resolve issues of corruption, particularly within the New South Wales party machine. Mr Rudd said that he would refuse to impose candidates on electorates after Julia Gillard’s much-criticised replacement of Northern Territory senator Trish Crossin with Olympian Nova Peris earlier this year.

Tony Bowen, mayor of Randwick and Mr Thistlethwaite’s opponent in the Kingsford Smith pre-selection, said that the legitimacy of Mr Rudd’s reform platform could be put in jeopardy by the alleged branch stacking in Kingsford Smith. Mr Bowen, whose father Lionel held the seat for 21 years, claimed that this week’s ballot would be heavily scrutinised.

Mr Bowen said: “Given the trouble that beset the NSW Labor party in recent years and the amount of scrutiny this pre-selection will be under and its significance nationally, it has to be absolutely squeaky clean. There cannot be any margin for any funny business.”