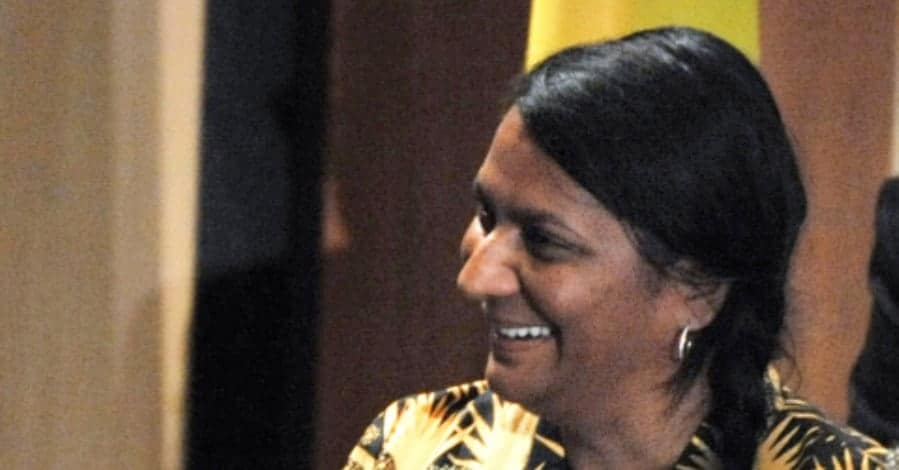 The claims come as private emails between the two former Olympians were published by the NT News on Wednesday.

Bolton quickly responded, labelling the report a “gross fabrication” and has threatened to take legal action against the Northern Territory newspaper.

Also in the emails, Peris refers to Australian Olympic icon, Cathy Freeman, as being “so, so dumb”.

Neither Peris nor Boldon have denied the authenticity of the emails.

The emails were reportedly sent in 2010 when the now Labor senator was employed as an ambassador for Athletics Australia and a communication officer for the Australian Institute of Aboriginal and Torres Strait Islander Studies. Peris was married to Daniel Batman at the time.

In the report, NT News asserts the emails show Peris had sought to procure funds through Athletics Australia, as well as through the Commonwealth Bank, the Collingwood AFL club and several Indigenous organisations, for Boldon to come to come to the country as part of the ‘Jump Start to London’ programme for young athletes in the lead up to the 2012 Olympics.

The emails also contain some explicit exchanges between the pair.

“Ato … tell me babe … what u want … Make a bit of money and spend time together … I will take time of from work to be with u,” read one email allegedly sent by Peris to the Trinidad & Tobago athlete.

“Like Freeman here, she is so so dumb (sad but true) and has a national profile of running fast achieving awesome things but seriously can’t talk for shit, and has zero communication skills,” she reportedly writes.

Athletics Australia confirmed to NT News that Boldon’s flights and accommodation were paid for and that he was selected by Peris, but insisted that he “capably fulfilled his role as mentor and ambassador”.

In other emails between the pair, Peris says the funding obtained from Indigenous grants is “rightly being used for the interest of Indigenous kids”, and suggests setting up a global foundation.

According to the NT News, Bolton responded: “I have a great feeling about all of this and now is the time as you know.”

“So let’s do this and take care of your people and get paid well for it and have sports be the least of what we are known for when we are long gone.”

On Wednesday, a spokesman for Peris said the Labor senator “categorically rejects any wrongdoing” and that there was “no evidence” to suggest she had done anything wrong in bringing Boldon out to Australia. He also accused the News Corp owned newspaper of misconduct in obtaining the correspondence.

“Athletics Australia were absolutely thrilled with Ato coming out,” he said.

“The documents provided to the NT News were private, and it appears they were not lawfully obtained.”

In a statement on social media, four-time Olympic medallist Boldon also hit out at the publication of the emails and the allegations made in the report, threatening legal action.

“Nova Peris is a former training partner of mine, and has been a friend for almost 20 years,” he said.

“My trip to Australia almost five years ago was for the purpose of holding several youth clinics, and it was a successful undertaking. The trip was co-organized by one of my now-deceased colleagues at Athletics Australia.

“I will be following the senator’s lead, including, but not limited to, pursuing all legal action possible for this malicious misrepresentation of the details surrounding my presence in Australia in 2010.”

Labor leader Bill Shorten told reporters that the senator had the full support of her party colleagues and pointed out that the emails pre-dated her entry into politics, adding they were a private matter for Peris.