Noughty British babies could be banned from smoking 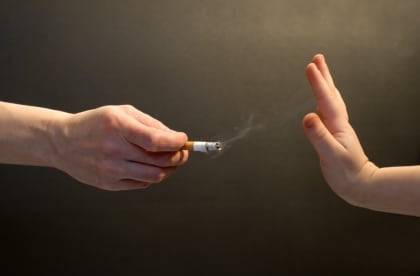 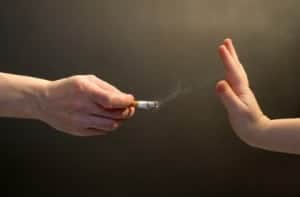 At the British Medical Association’s annual representatives meeting, on 24 June 2014, the motion to ban cigarette sales to everyone born after the year 2000 was passed and the AMA is considering doing the same.

According to ABC Online the Australian Medical Association will examine the idea of banning the sale of cigarettes to anyone born after 2000.  And not just now, but a permanent ban is being considered.

This comes on the back of the motion to permanently ban sales of tobacco products to anyone born after 2000.  UK doctor came out in overwhelming support of the motion at Tuesday’s annual meeting of the British Medical Association’s representatives.

This means that the British doctors’ union will lobby the government to introduce the ban.

Tim Crocker-Buque proposed the motion in the UK saying it was an opportunity for Britain to become the first country to completely eradicate the use of tobacco products.

“Well it’s a novel approach to reducing the rate of smoking, but I think any proposal that’s aimed at stopping people from dying of lung cancer and other smoking-related diseases has to be considered with some favour,” said Owler.

Of course the suggestion meets with a lot of resistance from the Australian Smokers’ Rights Party with their representative Clinton Mead calling the idea ‘outrageous’.

Mead continues, “Yeah, it’s crazy. It’s going back to prohibition. We’ve seen that prohibition doesn’t work. It didn’t work in the US under alcohol. We don’t need more prohibition. It causes more problems than it solves. We need to be doing the opposite. We need to allow people to make their own choices and not actually effectively subsidise organised crime. That’s what we’re doing. That’s the economic effect of prohibition and these increased taxes, is subsidising organised crime.

“That may not be the intent, but that’s the effect and we can see that in statistics in the increasing illegal tobacco trade. That’s what we’re doing: we’re helping organised crime doing this, and this would be a massive boon to organised crime and that would spill over to violence onto our streets.”

Professor Mike Daube, from Curtin University, and president of the Australian Council on Smoking and Health, said “I think this is a real signal that doctors around the world are impatient and want to see more action to reduce smoking.

“It’s 64 years since we learned that smoking was lethal and yet we still have a lot of people smoking. We’re particularly worried about kids starting, so I think the BMA is trying to send out a signal that they need urgent action.”

Daube continued, “Will it work? Look, it’s something that’s been considered in Australia – it’s been considered in Tasmania. I think it might be complex to administer, but what it does is to open up the question: where next in tobacco control? We’ve got tax increases, we’ve got mass media, we’ve got plain packaging; what do we need to do next to get rid of smoking as the biggest killer that we have?

“There’s a bit of complacency around. People think that we’ve taken action so the smoking problem is solved. It’s not solved. We’ve still got more than 2.5 million people smoking in Australia. We still have kids starting to smoke. So we have to look at innovative approaches, and this is one that could work.”