No regrets about standing on his head and drinking a beer; Laming

Liberal MP Andrew Laming says he has no regrets about standing on his head and drinking a beer - and his boss isn't too concerned either. 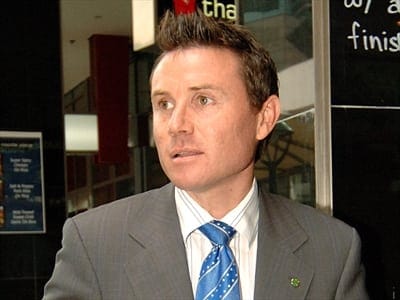 PRIME Minister Tony Abbott says he wouldn’t have celebrated Australia Day the same way Liberal MP Andrew Laming did: standing on his hands and drinking a glass of beer.

But he has stopped short of issuing a stern rebuke to his backbench MP.

“It wouldn’t be how I would choose to celebrate Australia Day,” Mr Abbott told reporters in Canberra on Tuesday.

Dr Laming’s party stunt, which was filmed and posted on the internet, attracted both admiration and condemnation for setting a bad example.

For his part, Dr Laming says he had no fears his party trick will be imitated because few people could stand on their hands, let alone drink a beer at the same time.

He says the party was one of 12 he attended on Australia Day and the beer one of just three he consumed all day.

“People need to get over the issue that politicians have to be role models, not drink anything and not saying anything,” he told Fairfax radio in Melbourne.

Dr Laming said he was familiar with the problem of alcohol-fuelled violence but that needed to be differentiated from low-level consumption of alcohol among friends.

He said he had no regrets about this trick which he had also performed on other occasions using lamingtons and vegemite sandwiches.