Australian Federal Police are warning the public about a scam where consumers ‘win’ an all expenses paid holiday, unaware they are being used as drug mules. 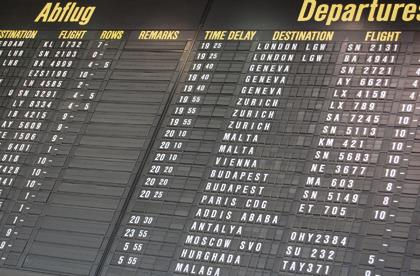 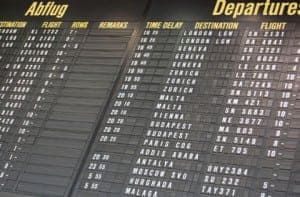 AN elderly Australian couple became unwitting participants in a drug importation, after they noticed their suitcases were a little bit heavier upon returning home from a Canadian holiday.

The couple alerted authorities, and an X-ray machine at Perth International Airport showed irregularities in the lining of the couple’s suitcases.

Further examination revealed approximately three and a half kilograms of methamphetamine, with an estimated street value of £4.1 million ($7 million AUD).

“When Customs opened the suitcases and found the drugs I was relieved because I kind of felt something was wrong, and I was relieved I told them,” said the sixty-four year old woman, who does not want to be identified.

The couple had recently won a competition, with a prize of two tickets to Canada, seven nights accommodation, and new luggage.

Members of the public are now being warned about an elaborate scam where consumers ‘win’ a an all expenses paid holiday, including new luggage, unaware they are being used as drug mules.

The Australian Federal Police (AFP) and Australian Customs and Border Protection Service (ACBPS) began investigating this scam on 13 October at Perth International Airport, after the couple alerted authorities with concerns they had about their luggage.

The AFP will allege the couple were victims of an elaborate scam, and were unwitting participants in the drug importation.

“I could have ended up in jail for 25 years…ruined my life,” said the woman in an interview on Lateline.

Following police inquiries, a 38-year-old Canadian man was arrested at Perth International Airport on 13 October. At the time he had been waiting to greet the couple, police said.

“The organizers of this scam went to great lengths to provide a faÃ§ade of legitimacy,” AFP Perth Airport Police Commander David Bachi said in a statement.

“Thankfully the travellers contacted customs and didn’t dismiss their concerns, allowing us to make the arrest.”

Police said the subsequent investigation had revealed “a complex and highly-organised scam in which older Australians appear to be targeted by a bogus Canadian-based tour company identifying itself as ‘AUSCAN Tours'”.

Search warrants were conducted at a hotel in the Perth coastal suburb of Scarborough, where it will be alleged documents associated with this scam, along with electronic equipment, two suitcases (similar to the ones seized at Perth airport) and approximately $15,000 in cash were seized.

The AFP said they have never come across a scam like this before and they are not sure how long it has been running.

“If you’ve been asked to carry something on behalf of another person, make the right choice and alert local authorities,” Ms Hill said.

“You’ve got to be really careful, really wary, and check everything out,” the scam victim said.