On which Australian ISPs is Netflex fastest and slowest, and how do they compare to those in the United Kingdom and the United States?

Netflix has released its monthly ISP speed indexes for April, which now include Australia.

The US-based movie streaming juggernaut launched Down Under at the end of March this year which much fanfare and impressive uptake. Within days of the launch, one Australian ISP, iiNet – which allows customers unlimited downloading from the movie service – reported that users streaming Netflix accounted for around 25% of all of its traffic.

But the rollout was not without controversy. Many users have complained of slow speeds and buffering ruining the viewing experience. For their part, iiNet have committed to upgrading their infrastructure to deal with the rapidly growing popularity of Netflix and similar video streaming offerings.

So which ISPs deliver Netflix most effectively and how do the Aussie companies fair compared to those in the USA and the United Kingdom? 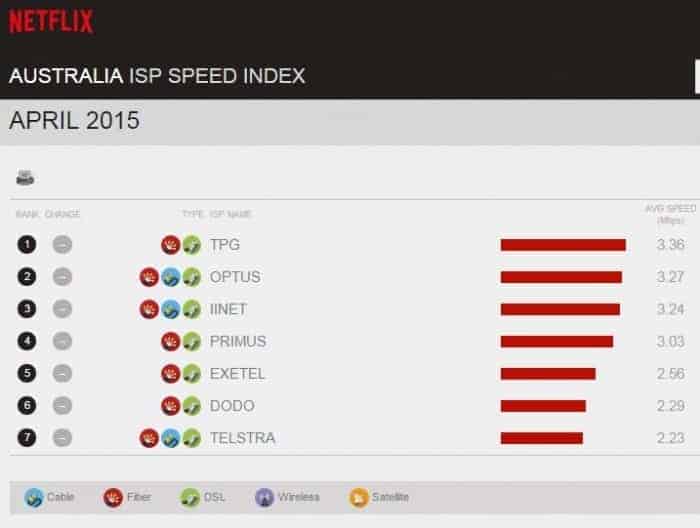 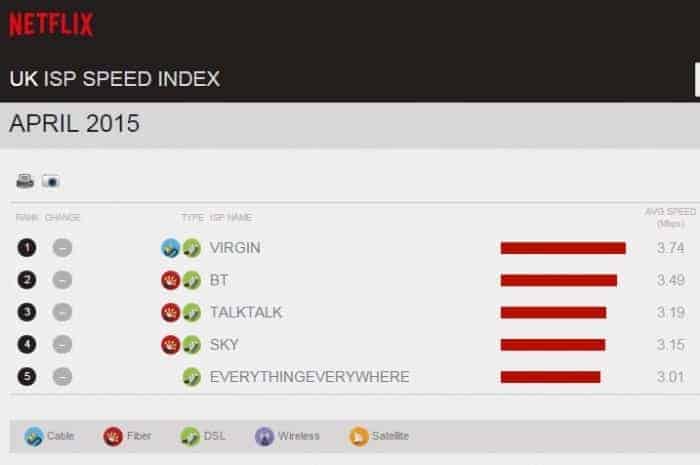 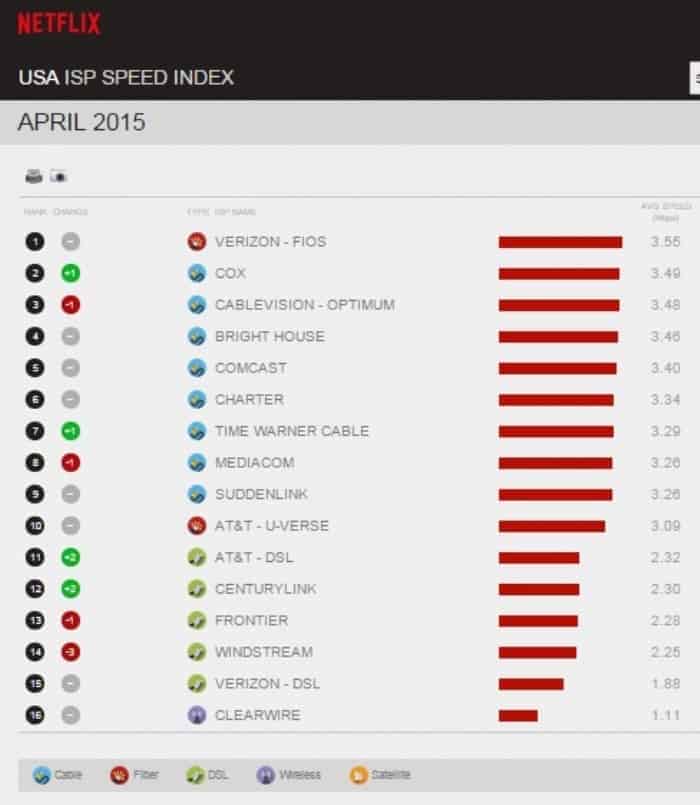 ISPs at the higher end of the performance scale in the UK and USA out-stream the top Australian performers.

Meanwhile, those at the bottom of the Aussie and American lists certainly have some catching up to do… and that surprisingly includes Australia’s biggest provider, Telstra, which currently languishes last Down Under.

Also see: How do Australia and the UK compare in terms of Internet speed?