NBN lift off, but Labor hints at return to original full fibre model

The National Broadband Network debate rages on. With this month's launch of the first NBN satellite, what is the project's progress and what is the difference between FTTP and FTTN?

This month saw the launch of Sky Muster, the first of two satellites which will service the National Broadband Network (NBN) to remote and rural areas of Australia (see video, above).

This week, Labor opposition spokesman Jason Clare indicated that if his party were returned to power at the next election the plan for the National Broadband Network (NBN) roll-out would revert to the previous fully publically funded FTTP model.

So what is the NBN, how is it progressing and what is the difference between FTTP and FTTN?

When the NBN roll-out was commenced in 2010, the plan was to build a first-class Internet system across the country via fibre-optic cable to almost every Australian home.

Since that time, Australia has had a change in government. It introduced a new-look NBN plan that instead utilises a mix of technologies and existing infrastructure, promising to deliver high-speed broadband around the nation sooner and at a reduced cost to the Australian taxpayer. 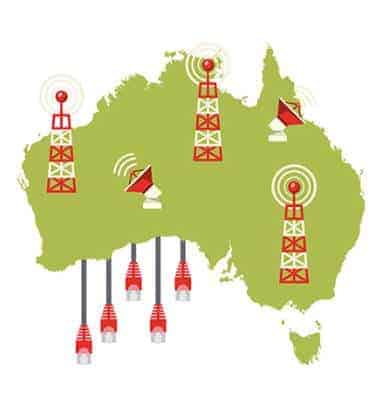 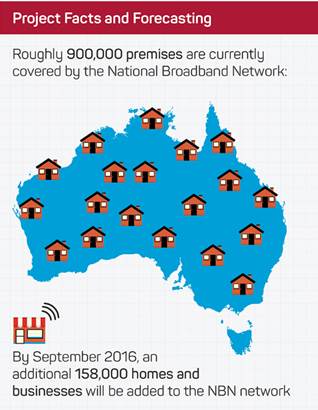 FTTP vs FTTN / Labor vs Coalition

The original NBN, commenced by the former Labor government, was to run new fibre connections to 93 per cent of Australian homes: fibre-to-the-premises (FTTP), capable of delivering 100 megabit-per-second download speeds. The remaining seven per cent of premises in regional and remote Australia would be reliant on satellite broadband or fixed wireless services.

The subsequent Coalition government, which came to power in September 2013, aims to roll out the NBN cheaper and faster, taking advantage of the existing copper and HFC cables, for the most part only connecting fibre to neighbourhood nodes: fibre-to-the-node (FTTN). While the exact split is yet to be determined, it appears that approximately 25 per cent of homes will still be hooked up directly via FTTP – primarily in new estates and areas where the first phase of the NBN rollout was already underway. The remainder will receive FTTN while remote areas are serviced by satellite. Individual households will be able to obtain FTTP at their own expense which, according to some estimates, will be up to several thousands of dollars per property.

While the roll-out of the Coalition’s revised FTTN plan is budgeted to be tens of billions of dollars cheaper and promises to be completed several years earlier, Labor and other critics argue that speeds will be slower than FTTP and the cost saving will only be short-lived due to the maintenance required on the older copper infrastructure over time, particularly due to ongoing issues with rain and flood water affecting the cables and nodes.

In August 2015, then communications minister (now prime minister) Malcolm Turnbull announced that a review of the cost of the new FTTP would see a rise from the estimated $41 billion, perhaps by as much as $15 billion. The opposition Labor’s communications spokesman Jason Clare criticised the progress of what he termed a now “second-rate NBN”.

“The NBN is rolling out slower than Malcolm Turnbull promised and it is more expensive than he promised,” Mr Clare said in response.

This week, Mr Clare indicated that if Labor were to be returned to power the NBN plan would revert back to the fully publically funded FTTP model.

The first of two satellites that will service NBN to remote rural and regional areas of Australia was launched on 01 October 2015. It is expected that around 200,000 residents will be utilising the ‘Sky Muster’ satellite from early 2016.