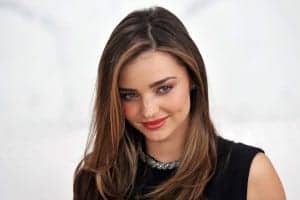 MIRANDA Kerr and Orlando Bloom have split after three years of marriage.

A representative for the British actor confirmed the breakup to E! News.

“In a joint statement, Orlando Bloom and Miranda Kerr have announced that they have been amicably separated for the past few months,” the spokesman said.

“After six years together, they have recently decided to formalise their separation.”

The statement added: “Despite this being the end of their marriage, they love, support and respect each other as both parents of their son and as family.”

The British actor and the Australian Victoria’s Secret model began dating in 2007 before tying the knot in 2010.

The 30-year-old model gave birth to the couple’s son Flynn back in January 2011.

Kerr is from Gunnedah, NSW and is one of the world’s top 10 supermodels. She has recently appeared on the runways of Paris Fashion Week.

According to the website, the couple were last pictured together at the beginning of this month, while their final public appearance together was at the opening night of Bloom’s Broadway production of Romeo and Juliet in September. -AAP