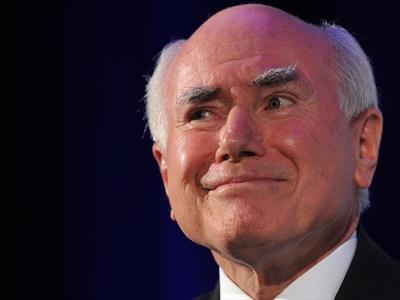 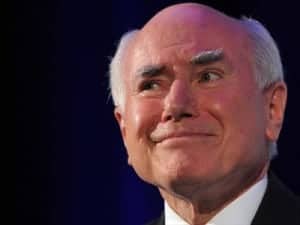 “You can tell your Lynton Crosby it might work elsewhere but it won’t work here,” the Labour leader said at the time.

“Britain, we are better than this.”

Mr Crosby is referred to as the Wizard of Oz in the UK press after he helped Mr Howard win four consecutive terms.

The former Liberal leader – in London to deliver a lecture rallying against “alarmists” hijacking the climate change debate – on Tuesday was scathing of Mr Miliband’s speech.

“I saw that and I thought that was just pathetic,” Mr Howard told reporters.

“If you are the alternative prime minister of a country, and you are using a platform to attack the activities of a political advisor and campaign director in another country, you display an odd sense of insecurity.”

It was revealed on the weekend that the British conservatives will pay Mr Crosby STG500,000 ($A853,000) to work full time on securing a 2015 Tory general election victory.

As well as bolstering the input from the political strategist, the lucrative contract secures polling services from his business partner Mark Textor and support from a team of staff.

“He’s very capable and he will give very good advice to the Conservative Party.

“His selection as an advisor to the conservative government is good from a political point of view.”

But in the end, Mr Howard said, politicians win and lose election campaigns.

“Nobody is a magician.”