The Greens say the environment would come under "massive attack" if wall-to-wall conservative governments take power across Australia. 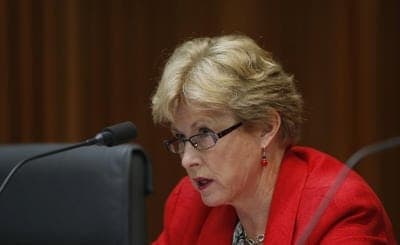 Greens leader Christine Milne is warning that coast-to-coast conservative governments would represent a “massive attack” on the environment.

Voters in the two states will head to the ballot boxes in South Australia and Tasmania on Saturday, with polls suggesting that both will dump long-term Labor governments.

Speaking on Friday, Senator Milne said Australians faced the prospect of “wall-to-wall Liberal governments in all the states and federally after this weekend”.

“That will be a massive attack on the environment and on the community,” she told reporters in Hobart.

“I’m urging people in South Australia and Tasmania to vote for the Greens at this election because you’ll need people to stand up against the excesses of an Abbott government.”

She described the Greens as a “major option to stand up to the excesses of the Abbott government and the Liberal party in their states”.

Earlier, Greens Senator Sarah Hanson-Young said concerns about the federal government would play in her party’s favour at the state polls.

“I think we’ll see good results in both states for the Greens,” she told reporters in Melbourne.

“I think what we’re seeing more than anything is just how concerned voters are across the country about Tony Abbott’s extreme attack on pretty much everything.”

Ms Hanson-Young also praised Tasmanian Greens Leader Nick McKim, the country’s first ever Greens minister in a power-sharing deal with Labor, saying he had been “out there selling a positive vision for Tasmania”.

“The other parties are prepared to sell away and give up on Tasmania’s beautiful forests,” she said.