The Australian-New Zealand Counter-Terrorism Committee have released guidelines designed to lessen the risk of shootings in places of "mass gatherings". 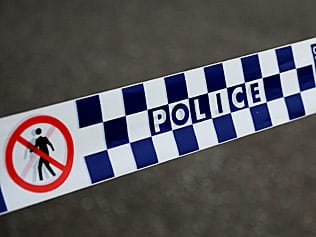 AUSTRALIA’S counter terrorism experts have warned that an attack on home soil remains a real threat, as new national security guidelines are released.

The Australian-New Zealand Counter-Terrorism Committee has issued the document in a bid to lessen the risk of shootings in places of “mass gatherings”.

“One of our greatest concerns is complacency,” said Assistant Commissioner Peter Dein, head of the counter-terrorism command.

While police are not currently aware of any specific threat, Mr Dein believes Australia is lucky “not to have suffered a terrorist attack in modern times”.

“There is enough information to tell us that we should be concerned” he said.

Australian agencies are being urged to learn from incidents overseas, including the recent Boston Marathon bombings.

Three people were killed and more than 260 injured when two devices were detonated near the finish line on April 15.

Among the guidelines are details of how individuals and businesses should react once a shooting breaks out.

People are advised to hide and attempt to escape while remaining sheltered behind objects like walls, vehicles or trees.

Taking physical action against the gunman should only be considered if there is no option to evacuate or hide, the guidelines say.

Public and private sector stakeholders are urged to consider risk mitigation and in the event of an attack plan to contain the threat and assist with investigations.

Mass Gatherings Business Advisory Group chair, Peter Verwer, said the guidelines will ensure that “people who run shopping centres, people that run sports stadiums and those who run university campuses will be more prepared … should any incident occur”.