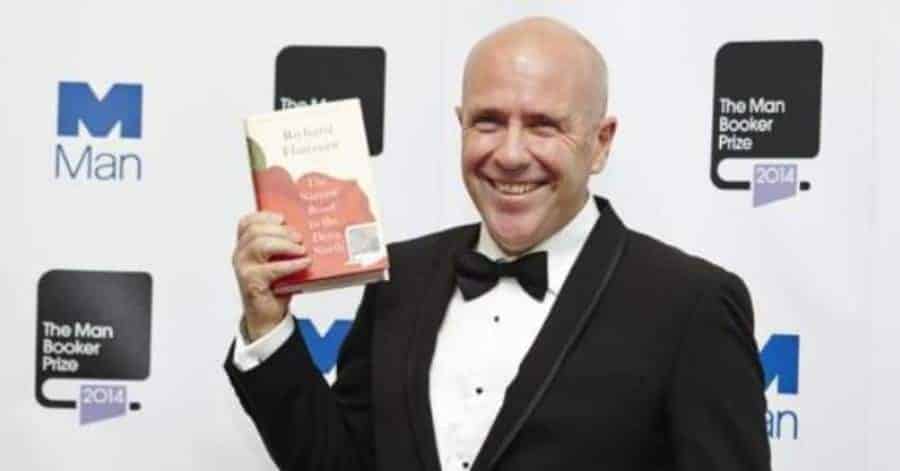 The 2014 Man Booker prize for fiction has been won by Australian writer Richard Flanagan.

Flanagan’s novel The Narrow Road to the Deep North pipped five other shortlisted nominees to take out this year’s prize.

The book depicts the life of allied prisoners working on the infamous Burma railway in World War II and was described as “an absolutely superb novel, a really outstanding work of literature by the chairman of judges, philosopher AC Grayling.

“It is not really a war novel, it is not about people shooting one another and bombs going off, it is much more about people, their experience and their relationships. What’s interesting about it is that it is very nuanced, as if everyone on the Burma railway, both sides of the story, were victims, Grayling said.

Richard Flanagan is the third Australian, following Thomas Keneally and Peter Carey, to win the Booker prize, one of the world’s most prestigious literary awards.

The 2014 award was the first to be controversially open to all works in the English language, rather than just to authors from the Commonwealth.

Flanagan is due for a significant windfall as the recipient of the award. Apart from receiving £50,000 prize money, the exposure gained as a Man Booker winner usually guarantees the book a surge in sales across the world.

The Narrow Road to the Deep North is Flanagan’s sixth novel. After receiving the award in London on Tuesday night, the Tasmanian author said he didn’t want to write the book, but he needed to. “It was the book I had to write in order to keep on writing, he said.

Flanagan’s father was a survivor of the Burma railway. He died the day the book was completed.

IMAGE: Richard Flanagan, winner of the 2014 Man Booker prize for literature, with his novel The Narrow Road to the Deep North. (Courtesy TheManBookerPrize.com)