London’s distinctive ‘black cabs’ to be trialled on Australian roads

Dozens of special-edition London cabs have arrived in Fremantle, Perth to be trialled for use on Australian roads. 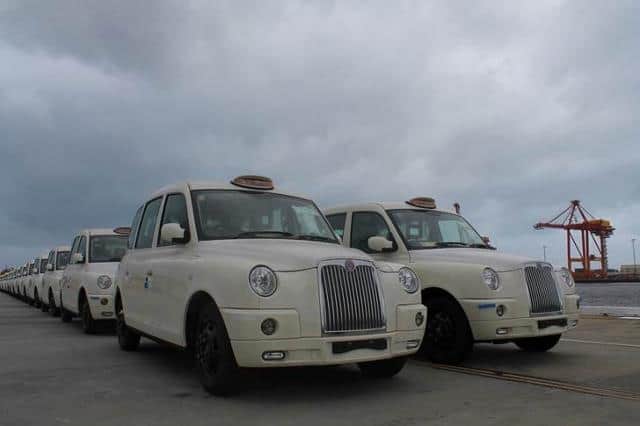 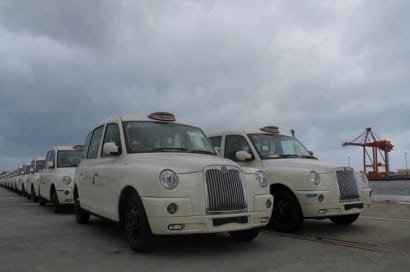 A CONSIGNMENT of London’s distinctive black cabs has arrived by ship into Fremantle port in Perth over the weekend, only these cabs are painted entirely white.

Made in China by Geely Group, the cabs are set to be trialled across Australia in the coming months, in a bid to convince local authorities to purchase fleets of the purpose-built vehicles.

The “hot-condition” shipped cabs include beefed up air conditioning, bigger batteries and radiators, and larger alternators, and have been in use in the Middle East for several years.

Geely bought the parent business of LTC, Manganese Bronze, in February for £11.4 million, and has looked to new export markets to increase business.

Chief executive of London Taxi Company, Evan Simeon, said he hoped Australians would recognise the benefits of the London-style cabs.

“When you have a look at the majority of taxis, they are converted sedans which were not built to be cabs and so are not fit for the purpose,” Mr Simeon said.

“We will do our due diligence, and so will the states, and hopefully these taxis will be out on the road somewhere soon.”

The WA government is about to start a four-year trial of purpose-built taxis in Perth, and has opened it up to expressions of interest from vehicle companies.

It is likely some of the white cabs currently sitting on Fremantle docks could be included in this trial.

“I am going to presume that some of those cars on the wharf are destined for Perth … and let us presume some of them go elsewhere too,” Olwyn Williams, the head of the Taxi Council of WA said.