Australians, New Zealanders and Canadians will be recruited in an answer to the serious demand in London's health services. 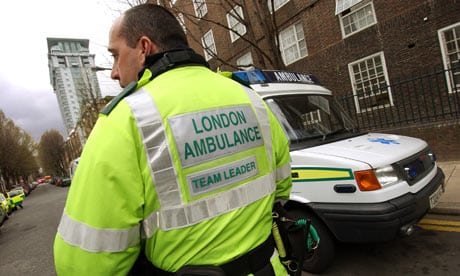 London ambulances service have been given the go-ahead to fill 250 vacant posts with Australians.

With more than 250 vacancies strangling the London Ambulance Services ambulance operators and paramedics were relieved by last week’s news that Australians, New Zealanders and Canadians will now be recruited in an answer to the serious demand in the health services.

According to a press release on the London Ambulance Services website the UK Border Agency has approved the service’s application to sponsor work visas for non-European paramedics.

Director of Paramedic Education and Development, Mark Whitbread, said: “Year on year increases in demand and a requirement to have more registered health care professionals responding to patients means we are in need of a greater number of paramedics. The same applies for other ambulance trusts across the UK but there is only a finite number of registered British paramedics.”

While the East of England is suffering a similar strain on human resources, the trust has snubbed the idea of recruiting from outside the country borders.  The service which has suffered a lot of criticism due to poor service and lack of qualified staff started to aggressively recruit student paramedics. It has also emerged that the new chief executive, Anthony Marsh, who is also CEO of the West Midlands Ambulance Service, is focusing on resolving the staffing shortage by hiring 400 student paramedics over the next year.  Although former chief executive of ambulance services Andrew Morgan last year confirmed that he would be investigating the possibility of filling vacant posts with Australian and Canadian paramedics.