Living wage: Ireland wants to be world’s leader – but could crush small businesses

COVID-19 has brought the living wage debate back into focus, particularly since many essential workers are the lowest paid in society. Numerous major companies such as Ikea and Unilever now pay a living wage, as does the Scottish government. 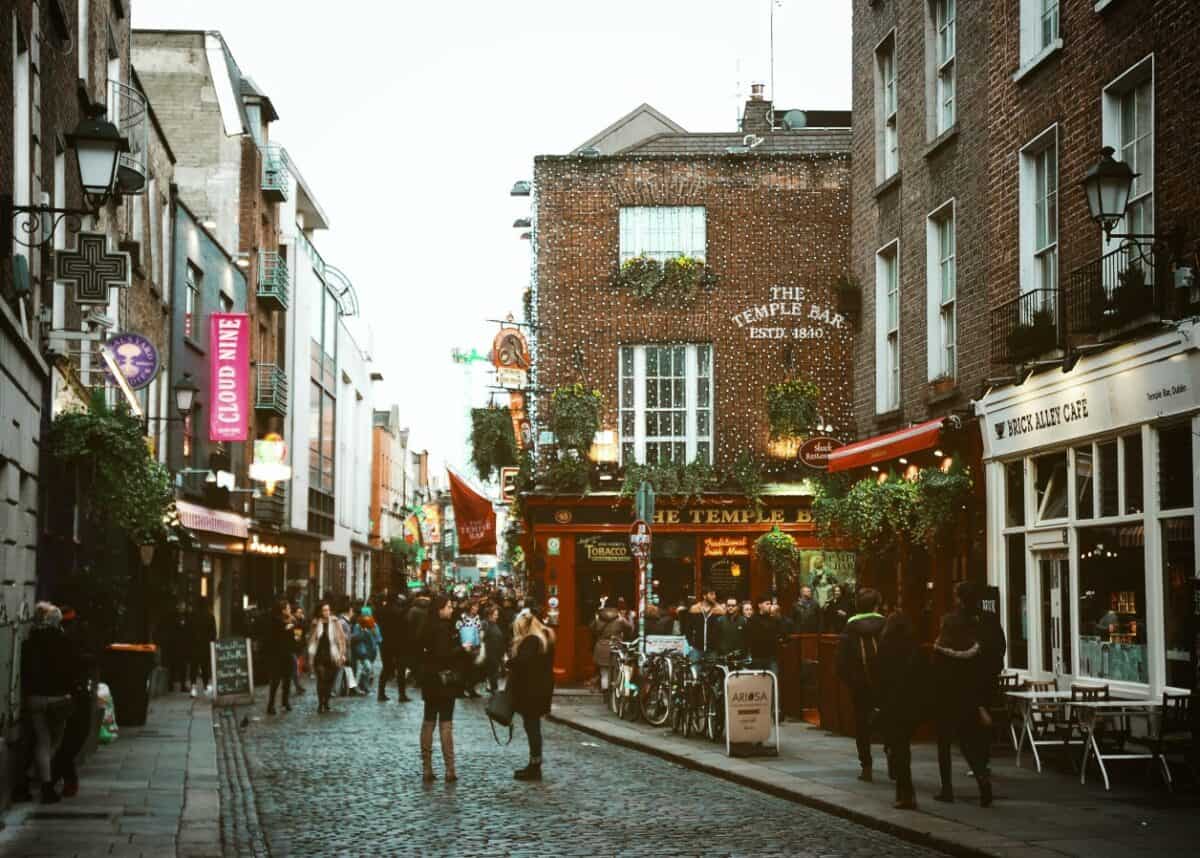 Photo by Diogo Palhais on Unsplash

COVID-19 has brought the living wage debate back into focus, particularly since many essential workers are the lowest paid in society. Numerous major companies such as Ikea and Unilever now pay a living wage, as does the Scottish government.

Ireland, however, could soon go one step further. The Irish government has tasked its Low Pay Commission with examining how a living wage could be introduced across the republic. Due to report later in the year, the Commission could enable Ireland to become the first nation to require all businesses to pay a true living wage, raising all wages from the minimum wage of €10.20 (£8.81) an hour to €12.30 (£10.61) an hour.

As in many countries, the living wage is currently optional in Ireland, with some employers such as Lidl and Aldi making a virtue out of paying it. A republic-wide living wage sounds laudable from the perspective of workers’ entitlements, particularly at a time of rising inflation. On the other hand, Irish business groups argue that the timing is poor considering how businesses have been hit by the pandemic.

While many elsewhere will be watching closely to see how this develops, there is a danger of going too far. The living wage can have unintended consequences and detract from better ways in which government policies can improve people’s living standards.

The living wage so far

The concept of the living wage originates from the 19th century, when it was championed by the likes of the Catholic Church to address the appalling working and living conditions caused by industrialisation. The campaign has been back on the agenda since the 1990s in developed countries such as the US, UK, Canada and Ireland, mainly because having a job is no guarantee of making ends meet.

More recently, the debate has been attracting greater attention in poorer countries too. The Global Living Wage Coalition is active in 40 countries, including Pakistan, Peru, South Africa and Nigeria.

While there are many good living wage initiatives around the world, the UK currently leads the way with its national living wage of £8.91 per hour for 23 and overs. This is less than the £9.50 that living wage campaigners argue for, and which is paid by the likes of Ikea, but the national rate is set to rise to £10.50 by 2024. The disparity between government policy and campaigner demands reflects the fact that it’s tricky to define the living wage, with different criteria producing different rates.

Ireland has the third worst rate of low pay in the EU. Rental costs have doubled in the past decade and childcare costs are among the highest in the OECD. Although income tax is low for low-paid workers, an OECD report from March 2020 found nearly half of Irish workers were three pay cheques away from poverty (compared to around one third of UK workers).

Since then, Ireland’s National Economic & Social Council has found that COVID-19 has made many poor jobs more valuable to society, but also worse in the sense that they often can’t be done remotely and tend to carry a higher risk of infection.

But if this is the context for Ireland’s proposed living wage, what will it achieve? The UK’s Living Wage Foundation promotes the many benefits to business from paying a living wage, including increased employee retention, decreased absenteeism and better quality of output. Nonetheless, these benefits are only attainable if a living wage is affordable to employers: of the nearly 8,000 living wage employers in the UK, many are Britain’s largest firms.

For smaller businesses, it may not be affordable. A 2019 report by Sheffield University Management School on the impact of introducing the national living wage in retail and hospitality in parts of the UK identified various negative knock-on effects for workers. These included leavers not being replaced, increased use of variable hours contracts, replacing older workers with younger ones and increasing the number of part-time workers at the expense of full-timers.

Fast-forward to Ireland in 2021 and business association IBEC is claiming that introducing a living wage, particularly for entry-level jobs, will pose a significant barrier to employing young people, the main recipients of low wages. IBEC argues that the proposed living wage is being calculated on excessively high housing and rental costs, and with little consideration of geography, sector, enterprise size or employers’ ability to pay.

Critics also argue that when you raise wages, you inevitably lose jobs. As a result, small firms are liable to be driven out of the market. For example, President Joe Biden’s proposal to raise the US federal minimum wage from US$7.25 (£5.11) per hour to US$15 (£10.58) was recently forecast to cost 1.4 million jobs by 2025.

Even without the living wage, the Irish Small Firms Association’s recent sentiment survey identified increased business costs as one of the biggest risks to continued survival for small businesses.

Introducing a fair living wage is an important way of improving worker outcomes. Clearly, however, if set too high, it may badly hinder small businesses and end up making life harder (albeit a little wealthier) for those who keep their jobs. If Ireland wants to become the world’s first genuine living wage nation, it therefore needs to proceed cautiously.

Also, focusing on pay alone will not fix the problems associated with low pay. Giving workers a greater voice, better regulation of the gig economy and other societal measures such as better public services and sustained efforts to reduce income inequality are all important too.

The same is at least as true for the quality of people’s jobs. At the EU’s Social Summit in March, heads of government committed to creating quality jobs and new industries, while the UN Sustainable Development Goals encourage all countries to promote prosperity while protecting the planet. As governments spend heavily to create green industries for the future, the decent jobs that this promises to create should be one of the key motivations for doing so.