Leonardo DiCaprio has spoken of the devastation he's witnessed on the Great Barrier Reef, as the World Heritage Committee meets to consider its status. 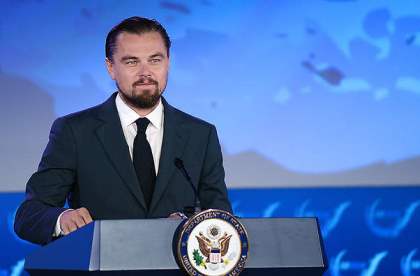 Hollywood star and environmental activist Leonard DiCaprio has spoken of the devastation he’s witnessed on the Great Barrier Reef as the World Heritage Committee meets to consider its status.

The committee is holding it’s annual meeting in Doha and is considering whether to list the reef as a World Heritage site in danger.

Queensland’s Environment Minister Andrew Powell says the committee has been misinformed about the health of the reef, and he’s travelled to the meeting to present the real picture.

He’s confident the reef won’t be listed as in danger at this stage, and it’s broadly expected that Australia will be given another year to continue its work ticking off previous recommendations on improving reef health.

DiCaprio, who has made marine conservation a personal crusade, has offered his own perspective on the health of the reef at an oceans conference in Washington DC.

“Since my very first dive in the Great Barrier Reef in Australia 20-years-ago to the dive I got to do in the very same location just two years ago, I’ve witnessed environmental devastation firsthand,” DiCaprio said at the conference.

“What once had looked like an endless underwater utopia is now riddled with bleached coral reefs and massive dead zones.”

He made the comments as the US joined forces with other nations to declare a vast swath of the Pacific Ocean a marine sanctuary and take historic steps to combat illegal fishing.

Mr Powell has gone to Doha armed with the federal government’s latest report card on the Great Barrier Reef’s health.

It found that while the health of the reef is still poor, recent improvements to water quality should ensure it stays off the in danger list.

The federal Environment Minister Greg Hunt has also expressed optimism that the reef will escape an in-danger listing, something conservation groups have said would humiliate Australia as its guardian.

It has since said Australia has made progress in improving water quality and praised plans to limit the impact of some aspects of port developments along the coast.

However, it raised concerns about decision-making powers over future developments being transferred from the federal government to the states.

It also said a decision to allow three million tonnes of dredge spoil to be dumped within the marine park as part of a planned expansion of Abbot Point coal port, near Bowen, was concerning.

No developments that would impact the reef’s overall universal value should be approved, UNESCO has said. – AAP