Australia may soon legalise medicinal marijuana, with a bill on the matter due for parliamentary introduction this month. It follows Prime Minister Tony Abbott recently saying he has no problem with legalisation of medical cannabis. 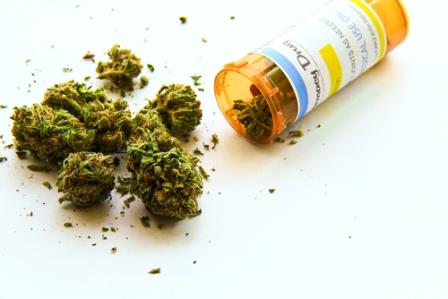 Australia is moving closer to legalising the distribution and use of medicinal marijuana.

In a letter sent via email to radio station 2GB in August and read out last month by high profile, conservative talkback host Alan Jones, who has been campaigning for the legalisation of medicinal marijuana, Tony Abbott said he agreed with the idea of making medicinal marijuana available on prescription. He also said that he saw no point in conducting further tests on the efficacy of the drug as it has already been found safe in other countries.

Other Australian lawmakers are also getting behind moves to legalise the drug’s medicinal use. While cannabis use in the treatment of certain illnesses is not yet legal in Australia, Greens Senator Richard Di Natale, a former GP who serves as chairman to the cross-party Parliamentary Group for Drug Policy and Law Reform, is preparing to present the case in Parliament later this month. If successful, the bill will cover the licencing of marijuana growers, quality control and the production and distribution process.

When Mr Abbott’s opinion on  legalising the drug was made public on Alan Jones’s radio show it significantly contributed to the potential success of passing the bill, according to Fairfax.

In the emailed letter, Mr Abbott said that he has no problem with the drug being used for medical treatment, adding that if it is being administered safely, “there should be no question of its legality”.

Following Mr Abbott’s comments, Senator Di Natale said about his bill on medicinal marijuana, “I am open to any discussions with the Prime Minister’s office to maximise the chance of success.

For years medical researchers and experts have agreed that medicinal cannabis is effective in easing the side effects, such as nausea and pain, associated with chemotherapy experienced by cancer patients. Multiple sclerosis patients have also found relief from ailments associated with the disease when using medicinal marijuana.

Liberal Democrat Senator David Leyonhjelm and Victorian federal Liberal MP Sharman Stone have also said they would be pro the legalisation of cannabis for medical purposes.

According to The Sydney Morning Herald, Mr Leyonhjelm also advocates the legalisation of recreational marijuana, saying, “The problem with the legalisation of medical cannabis is you have to have a whole regime established to restrict it to medical use; you have to get TGA approval. Drug companies do not want to invest in clinical trials. It’s hugely complex. If you limit it to medical use everyone will be claiming to be sick.”