The Abbott government has dismissed reports that the four pillars banking policy is at risk as Labor says any change would be irresponsible. 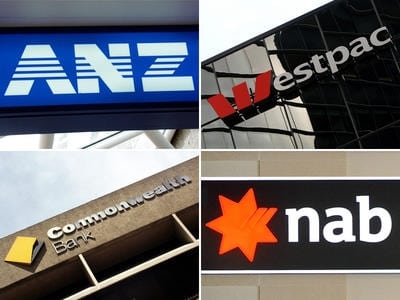 The Labor opposition will defend the four pillars policy that protects the nation’s banks and helped the country through the global financial crisis.

The Abbott government has dismissed as a massive beat-up reports that it is in secretive trade negotiations that would give foreign banks greater access to the Australian market.

The reports stemmed from a draft released by WikiLeaks of the financial services section of the Trade in Services Agreement (TiSA), being negotiated by 50 countries.

He will travel to China with Treasurer Joe Hockey this weekend for the Australia-China Economic Dialogue to explore closer economic ties.

But he said stories about negotiations undermining the four pillars banking policy were a massive beat-up driven by unions and anti-trade groups.

“We are certainly not going to enter into any agreement that undermines our world class domestic banking and financial services sector. Why would we?” Mr Robb told AAP.

Liberal treasurer Peter Costello later removed the pillar status for the two insurers after the 1997 Wallis inquiry into the financial system.

Shadow treasurer Chris Bowen said on Friday that Labor would defend the policy it helped create, which successfully steered the economy through the 2008-09 global financial crisis.

“To knock down the four pillars policy, if it is under serious consideration, would be highly irresponsible, just plain wrong,” he told reporters in Sydney.

If there were to be any changes, it should be properly examined by the financial system inquiry commissioned by Mr Hockey and being led by former Commonwealth Bank boss David Murray.

Finance Sector Union national secretary Leon Carter said the government appeared to be suffering from “collective amnesia” to the events surrounding the GFC.

“We now have a government willing to capitulate to the demands of our big banks and financial services lobbyists at the expense of jobs, data security and the best interests of customers,” he said in a statement.

The Australian Greens warned that deregulation could allow foreign corporations to dictate Australian laws, opening the country to litigation and posing a risk to sovereignty.

“It would have profound and chilling ramifications for this country,” Greens senator Peter Whish-Wilson said.