Labor showdown left for another day 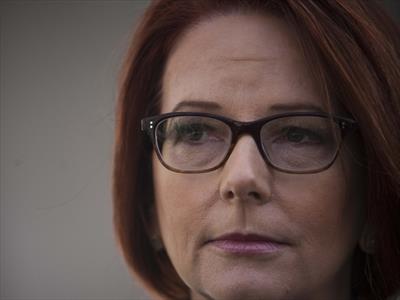 But there was no showdown, despite days of leadership talk fuelled by the Rudd camp.

Julia Gillard told some 100 MPs, many of whom are fearful of losing their seats in the September election, to focus on the nation instead.

Labor must put “purpose before self-interest”, she told the meeting in Canberra on Tuesday.

Ms Gillard did not mention the leadership issue, and apparently no-one asked her about it directly, as she called for everyone to “focus on the nation, not ourselves”.

On the other side of Parliament House, Opposition Leader Tony Abbott gave coalition MPs a pep talk, asking them to maintain discipline in the 88 days to go before the September 14 poll.

Voters “do not elect a new government lightly,” he told the joint parties meeting, even if they are sick of the “rabble and the circus” of the Labor government.

Mr Hawke, who’s believed to be overseas, said he appreciated Mr Beattie’s confidence but pointed out it was a caucus matter.

“I do not see it as my role to intervene,” he said in a statement.

It’s believed the Rudd camp has enough numbers to topple Ms Gillard but not the overwhelming support of caucus Mr Rudd wants.

“We’ve allowed internal tensions to overshadow our core mission for too long,” she said during her valedictory speech to parliament ahead of her retirement from politics.

“We are a proud party with a proud record and now we need to start behaving like one.”

Meanwhile, a planned motion to restore to caucus the power to pick the frontbench was deferred until the after the election to prevent any chance it could be perceived as a proxy leadership vote.

Backbencher Steve Gibbons had moved the motion to reverse the 2008 decision to centralise frontbench selection powers with the party leader – a proposal Mr Rudd now supports but Ms Gillard questions.

“The world we live in today is far too complex for leadership to be left to any one individual, however much talent – and ego – they may have,” Mr Gibbons told caucus.

During question time, Ms Gillard promoted Labor’s schools funding reforms and continued to try to pressure the coalition states of Western Australia, Queensland and Victoria to join NSW in signing up.

Ms Gillard wants the states on board before a June 30 to ensure schools have the new $14.5 billion of new funding ahead of the 2014 school year.

There are at least six more sitting days before parliament rises.