Kylie Minogue is the new coach on The Voice Australia

Australia’s most internationally famous pop star Kylie Minogue is to become a coach on the 2014 series of The Voice Australia. 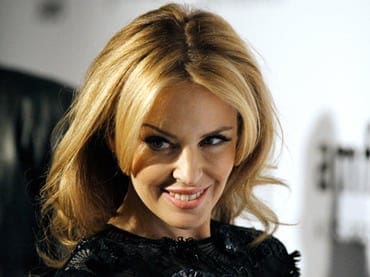 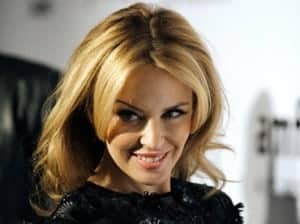 IT has been confirmed Kylie Minogue and will.i.am will be joining the coaching panel of The Voice Australia in 2014.

Minogue and will.i.am will leave their posts on the UK version of the show, which they have recently started filming, to head down under to coach Australian singing contestants.

We just hope Kylie’s chair doesn’t spin like this.

In a statement Minogue said she was “so excited to be coming home and being a coach on The Voice.

“I look forward to spending time in Australia, getting up close and personal with new talent and working alongside the three amazing artists.”

The three artists she is talking about are Ricky Martin, Joel Madden of Good Charlotte and will.i.am of the Black Eyed Peas. Host Darren McMullen, and co-host Faustina “Fuzzy” Agolley were not mentioned.

will.i.am, who has been a coach on the UK version for two seasons, said: “It is an honour to join The Voice Australia as a coach working alongside Kylie Minogue, Ricky Martin and Joel Madden. Australia is a highly creative country and a place with many good memories that have shaped my music career.”

Seal will not be returning for a third season, despite coaching The Voice winners for the past two years.

“I wish all the Coaches and contestants well. To my Australian fans, sorry to not be back for this upcoming season, but I wanted this window of time to focus on a number of exciting career priorities – a new album, a TV and internet project and, most importantly, precious time with my children,” Seal said in a statement.

What about Delta Goodrem? She is heading over to coach on the first season of spin-off The Voice Kids, for singers between eight and 14.