Don't be fooled by their fluffy exterior, koalas may just hijack your car! No, seriously, check out this fuzzy fella.

An Australian teen from was returning home from school when he found a cheeky koala trying to steal the car.

15-year-old Sam Box from Maude in Victoria told AFP that the adorable marsupial, which was holding the steering wheel, looked like he was going to drive off with the Land Rover. 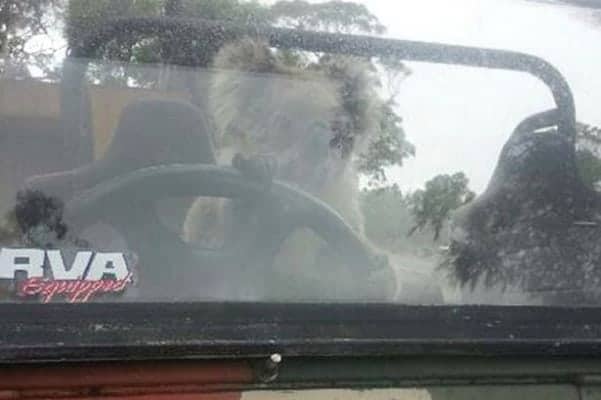 The petrol-head koala seemed to play up for the camera as Sam quickly snapped a few pictures of the hilarious scene before making loud noises to get the gum leaf muncher out of the vehicle. 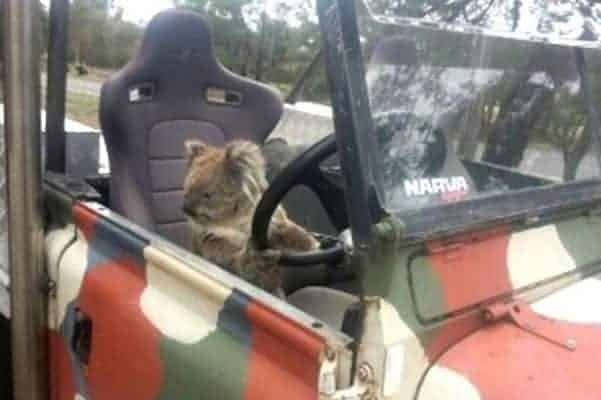 “It was checking me out as much as I was checking him out,” Sam said. “I opened the door and he just got out and walked away.”

And of coarse, the Twitterverse just lapped it up:

When you turn away for one second in Australia and a Koala steals your car #Straya pic.twitter.com/WpLs4Oewbz — T (@AwwYeahHemmings) February 24, 2015

The region near Geelong has had frequent koala encounters. “We see them a fair bit here but never in the car,” Sam reckons.