Leadership speculation in the federal government has put the country at risk of an early election after Independent MP Tony Windsor claimed that the deal he made in 2010 to support the Gillard Government would be “null and void” if the Australian Labor Party were to change leaders before the scheduled poll in September. 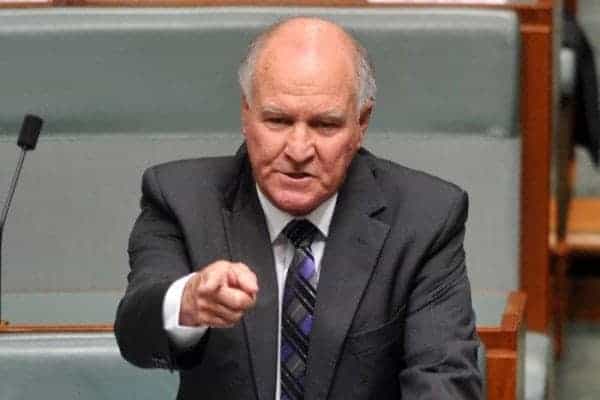 LEADERSHIP speculation in the federal government has put the country at risk of an early election after Independent MP Tony Windsor claimed that the deal he made in 2010 to support the Gillard Government would be “null and void” if the Australian Labor Party were to change leaders before the scheduled poll in September.

Mr Windsor’s support was critical to Prime Minister Julia Gillard after the ALP failed to obtain an outright majority in the hotly contested 2010 election. His pledge of support, alongside several other Independent MPs, allowed the ALP to form a minority government under Ms Gillard’s leadership.

The New England MP said today that the deal that he had made to support the current government was exclusively with Ms Gillard, and that any change of leader by the Labor Party caucus would make it necessary to re-visit the terms of his agreement.

Mr Windsor said: “The arrangement is with her, if she disappears for some reason, there is no arrangement, that’s the sum total of it. If the Labor party make changes to their arrangements, they can’t assume any pre-existing arrangement with me. All that would be null and void.”

The speculation surrounding Ms Gillard’s position as Prime Minister has increased over the weekend, with claims that prominent Gillard supporter Bill Shorten was considering shifting his allegiance to Kevin Rudd. Mr Shorten admitted on Friday that the Labor Party was heading for a “landslide defeat” at the upcoming election, however ALP insiders have told Fairfax Media that Mr Shorten had not decided to trigger another attempt by Mr Rudd to regain the party leadership.

The federal parliament has two sitting weeks left before the September election, with political pundits believing that any change of leadership in the ALP would take place after parliament goes into recess in order to avoid as much Opposition scrutiny as possible. It widely believed that a leadership transition would only take place if Ms Gillard voluntarily stepped down from her position, as Mr Rudd has previously claimed that he would not become Labor leader again unless he was asked by the caucus.

A recent Fairfax ReachTEL Poll showed that the Labor Party would be six points better off under Mr Rudd’s leadership than it would under Ms Gillard. In real terms, this represents the difference between the ALP being a competitive force in the September poll or seeing several high-profile ministers lose their seats in an electoral disaster for the party.

Mr Rudd has been increasing his public profile in recent weeks after a considerable period in which he stayed out of the public spotlight. He announced last month that he would support the legalisation of gay marriage if the issue came to a conscience vote, in what many believed to be a sign of his continued interest in resuming a high-profile position within the ALP.

Ms Gillard has faced several leadership challenges in the past, with the most recent taking place in March after former Labor leader Simon Crean called on the Prime Minister to hold a vote to determine the issue. It was believed that Mr Rudd would contest Ms Gillard for the leadership, however the Brisbane MP did not nominate for the position and the Prime Minister retained her position as party leader.