Federal Labor backbencher and former Prime Minister Kevin Rudd has used his popular blog to outline his support for same sex marriage, writing that church and state “can have different positions” on the issue. 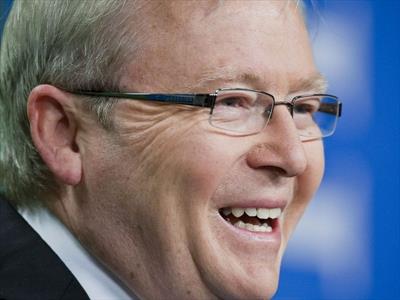 FEDERAL Labor backbencher and former Prime Minister Kevin Rudd has used his popular blog to outline his support for same sex marriage, writing that church and state “can have different positions” on the issue.

Mr Rudd’s statement of support for same sex marriage is a significant change in position by the Queensland MP, who voted against gay marriage legislation introduced by party room colleague Stephen Jones in September 2012. Mr Rudd said that his perspective on the issue had changed after a period of considerable contemplation.

Mr Rudd said: “Some will ask why I am saying all this now. For me, this issue has been a difficult personal journey, as I have read much, and talked now with many people, and of late for the first time in a long time I have had the time to do both.

“I have long resisted going with the growing tide of public opinion just for the sake of it. Those who know me well know that I have tried in good conscience to deal with the ethical fundamentals of the issue and reach an ethical conclusion.”

Mr Rudd said that he had spoken to a wide range of people regarding the issue of same sex marriage, including an individual that he described as a “capital G God botherer”. He claimed that his conversation with this individual helped change his position on same sex marriage, after the man confessed that he was gay and asked Mr Rudd whether his stance had changed.

Mr Rudd said: “I have come to the conclusion that church and state can have different positions and practices on the question of same sex marriage. I believe the secular Australian state should be able to recognise same sex marriage.”

The former Labor leader said that he would not act as a leader of the campaign to legalise same sex marriage. Mr Rudd also said that he expected to attract criticism for announcing his stance, however he claimed that there was “no such thing as perfect timing” in taking a stance on important social issues.

Mr Rudd said: “My opponents both within and beyond the Labor Party, will read all sorts of political significances into this. That’s a matter for them. There is no such thing as perfect timing to go public on issues such as this.”

Mr Croome said: “If Mr Rudd can show the maturity and integrity to compassionately evolve on this issue, so can the Prime Minister and Leader of the Opposition.”

Gay marriage has taken a prominent role in Australian politics in recent months, after neighbouring country New Zealand voted to legalise same sex unions last month. Both Prime Minister Julia Gillard and Opposition Leader Tony Abbott have taken a position against same sex marriage, rejecting suggestions from Independent MP Tony Windsor that a referendum should be held in order to determine the issue.