Kevin Rudd “survived Kokoda”, but can he survive an election?

OPINION | Kevin Rudd told media in Papua New Guinea that he had "survived Kokoda", however his most gruelling challenge may be yet to come. In the lead-up to the 2013 federal election, Rudd's biggest nemesis might be his own mouth. 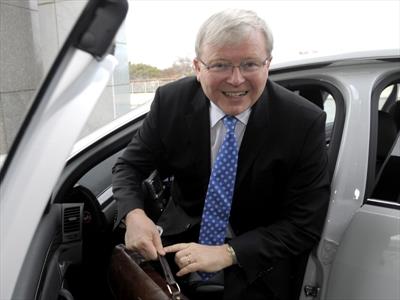 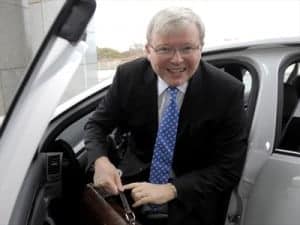 For people that essentially talk for a living, politicians have a nasty habit of muddling up their words. We shook our heads in dismay when American Vice-President Al Gore claimed to have invented the internet, and we cringed when Tony Abbott flippantly referred to Australian women “doing the ironing”. Some politicians (like Abbott) have become virtually synonymous with shameful verbal blunders, however even the most eloquent speakers can sometimes come out with a statement that is both bizarre and head-scratchingly brilliant.

Former-now-returned Prime Minister Kevin Rudd has a reputation as a man that likes the sound of his own voice. If talking was a sport, Kevin would be an Olympian. That is why today’s statement was particularly bizarre: on a state visit to Papua New Guinea to discuss such important issues as asylum seekers and regional development, he dropped this immortal line: “I am a survivor of the Kokoda Track.”

Wait, what? I know that Kevin ’07 may have developed a slightly messianic complex after his stirring electoral victory, exile and return to power but seriously? He survived the Kokoda Track? Of course, Rudd was referring to his 2006 trek along the Kokoda Track with political frenemy Joe Hockey and television presenter David Koch. The Prime Minister ‘survived’ the gruelling voyage undertaken by around 3000 Australians every year, dragging his entourage of television cameras through the mud and jungle without displacing a single strand of hair.

We can forgive Kevin for being slightly loose with his words. We know what he meant, and surely he did not mean any disrespect to the true survivors of the Kokoda Track. Less than a month into his new job, however, it is advisable for Rudd to avoid the suggestion that he has started to believe his own hype.

The Kevin Rudd that dominated in the 2007 election campaign is not the man that is standing for election in 2013. He has been hardened by political battle over the past six years, worn away by betrayal and the realities of running a country. Far more than “surviving Kokoda”, Rudd has survived the most venomous period in Australian political history. Such an experience is sure to scar, and take some of the shine away from the man who in 2007 seemed like the harbinger of Australia’s transformation into a socially-democratic nation.

If he hopes to recover from the political fray in time to save Labor’s chances in the 2013 election, Rudd must run a flawless campaign. No more foul-mouthed tirades caught on camera, no more statements about how he “survived” one of the most arduous campaigns of World War II. Unlike in 2007, the Australian people are looking for reasons to deny him another term as Prime Minister after six years of much-maligned ALP leadership. One misstep and it could be his last.

Kevin Rudd may have dispatched perennial rival Julia Gillard, and may have a fighting chance against Tony Abbott. There is still one person that Kevin Rudd must keep an eye on if he hopes to be returned to the Lodge, however: himself.