Keep calm and Carry On Boris?

OPINION & ANALYSIS: After Boris suspended parliament, I began to think that maybe beneath the frenzied manner he was actually a skillful operator who was going to bend the rules to buy time until he could call an election that he thought he could win. But after last week's Supreme Court ruling, I’m beginning to see Boris as a bit of a clown again. 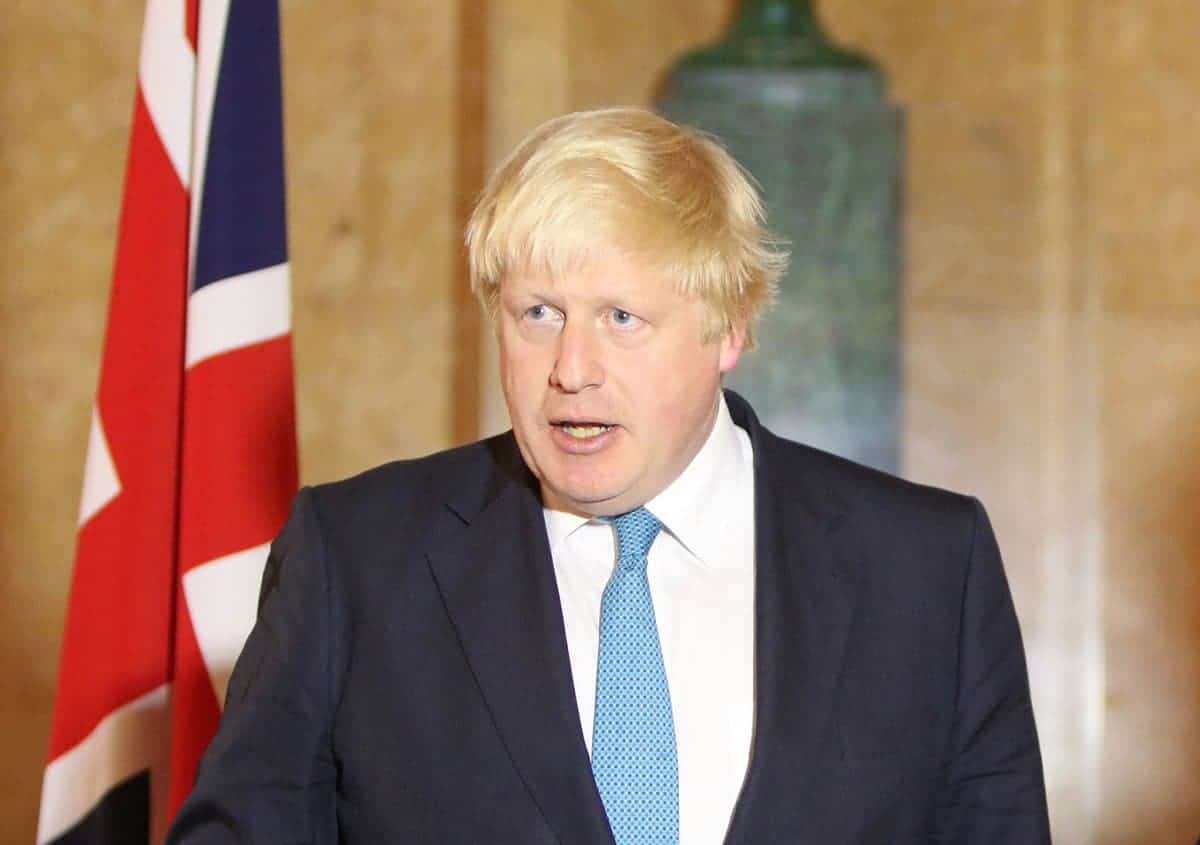 Boris Johnson (By GOV.UK via WikiCommons)

“No comment from Buckingham Palace.” That was the solemn pronouncement from the BBC 6 O’clock news on Radio 4 last week reporting the UK Supreme Court’s decision that Boris Johnson‘s proroguing of parliament was unlawful.

Switching over to the TV, after Reporting Scotland on BBC1 there was a special programme introduced by Andrew `Brillo Pad` Neil as Private Eye magazine so disrespectfully designates him. Political editor of the BBC Laura Kuenssberg said that Prime Minister Johnson would not resign and would “carry on”. She made it sound like it was a `Carry On` film.

There is perhaps something comical about this. There have been 31 Carry On films, including Carry on Nurse, Carry on Sergeant, Carry on Cruising, Carry on Cleo, and Carry on Cowboy, etc. Carry on Boris would be hilarious; what on earth is the buffoon going to do next?

My initial impressions of Johnson were formed when he first became widely known in the race to be London mayor. To me he has always seemed to be a frivolous candidate for office; a cross between Bertie Wooster and Screaming Lord Sutch.

I used to visualise him walking up to address parliament with his ruffled hair and slightly manic manner exclaiming: “Oh cripes! I appear to have lost the balance of trade figures.” Then, after looking all around him to no avail from the Despatch Box, he croaks apologetically, “They’re awfully bad.” The whole House bursts into laughter.

After Boris suspended or `prorogued` parliament, I began to think that maybe beneath the frenzied manner he was actually a skillful operator who was going to bend the rules to buy time until he could call an election that he thought he could win.

After last Tuesday’s Supreme Court ruling, I’m beginning to see Boris as a bit of a clown again.

Those who can remember the 1990s may recall another Boris – Boris Yeltsin. His shenanigans during his eight-year tenure as Russian president from 1991–1999 bear some resemblance to Johnson’s.

In 1993 the democratically elected Congress of People’s Deputies of Russia was dissolved by Yeltsin without constitutional authority.

This led to a crisis when Russian vice-President Alexander Rutskoy declared himself to be acting president of Russia. During an angry dispute between Yeltsin and the Congress, Boris, the darling of the west, sent in tanks to shell the Russian White House. 187 people were killed and 437 wounded.

I can remember the tabloid headlines of the time like in Rupert Murdoch’s Sun: “This way to the salt mines comrades”, meaning Rutskoy and his colleague Ruslan Khasbulatov.

Mainstream media enthused how ‘Yeltin’s courage defeated the hardliners’ and had no problem when Yeltsin bypassed the Russian parliament and announced he would rule by decree. The Los Angeles Times of 21 March 1993 applauded this undemocratic act by enthusing: “The bold initiative brought Russia’s long-running leadership crisis to its most critical point since the collapse of the Soviet Union 15 months ago.”

Yeltsin looked certain to lose the 1996 Russian election and needed massive American help to win, which he got in the form of billions of dollars of illegal aid, fake news and assorted dirty tricks.

NATO continued its expansion east. Yeltsin turned the Chechen city of Grozny into a field of rubble, and he quickly became the most reviled man in Russia.  But as one observer put it at the time: “Yeltsin didn’t seem to notice, which is hardly surprising, since he was drunk for most of his tenure in office.”

By the time he left office, the American-approved President of the Russian Federation had an approval rating at home of 2%.  But by that time it didn’t matter,  the kleptocrats were safely installed in power, and American-imposed Democracy had achieved its aims in Russia’s “transition.”

So what about our Boris?

I wonder if our Boris – Boris Johnson – could do a Boris Yeltsin and dissolve parliament and send in tanks to surround the British Houses of Commons and shell the building until the MPs surrendered. Could he stamp his foot like Oliver Cromwell did in 1653 when he dissolved the then `rump` parliament saying: “You have sat too long for any good you have been doing lately … Depart, I say; and let us have done with you. In the name of God, go!”  He also picked up the ceremonial mace saying, “What shall we do with this bauble?”

Could Johnson withhold the mace and send the MPs packing and rule by decree? Well, maybe not, but it’s going to be interesting to see what happenes.

It’s certainly fascinating, rather like House of Cards. I wonder what Edinburgh born Ian Richardson in character as villainous chief whip Francis Urquhart would make of it. His catchphrase was: “I couldn’t possibly comment.”

Last Wednesday, following the Supreme Court ruling, saw the (for many reluctant) return of the honourable members. There were many empty spaces on the green benches. The Attorney general for England and Wales, Geoffrey Cox, was criticised by the speaker for his tendency to “perambulate while orating.” – whatever that means. It seems to mean `barrister’s bluster` or lawyer’s doubletalk.

Australian born MP for Edinburgh North and Leith, Deidre Brock, was easily identified by her mane of red hair. She said, “With prorogation being lifted, the good news is that we can get back to scrutiny of the Government, so I’ve started asking a few questions, including this one about whether his advice on prorogation broke the Ministerial Code.”

The bookies are saying an election this year is 4/11 with (remarkably) Boris Johnson odds on favourite at 4/6 to be PM on January 1st 2020, with Labour leader Jeremy Corbyn at 2/1. Liberal Democrat party leader Jo Swinson is 20/1.

Let’s keep tuned for the coming history making developments which could lead to a general election being called in late November or early December. Brexit on before then though: who knows?