If Julian Assange does win the extradition fight and ends up deported to Australia, his lawyers have expressed concern the US could make a new extradition request. 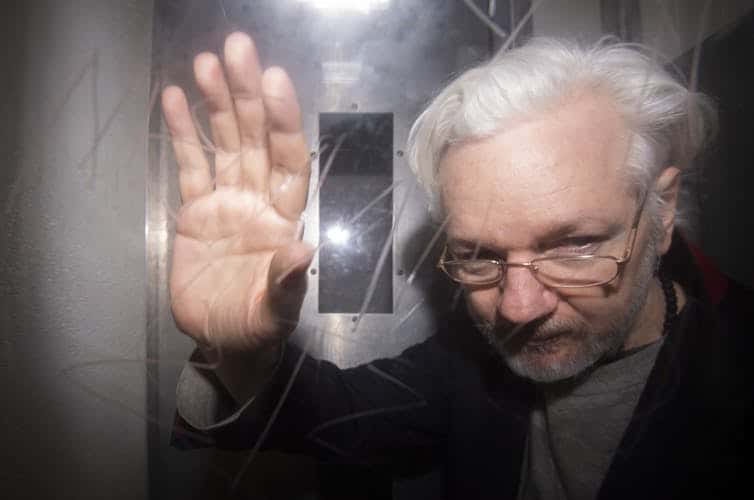 The extradition hearing to decide whether to send Julian Assange to the United States to be tried for publishing classified military documents on Wikileaks is expected to finally begin today in London.

Assange is charged with 17 counts under the Espionage Act, involving receipt, obtaining and disclosing national security information. He has also been charged with one count of conspiracy to assist Chelsea Manning to crack a US Department of Defense password to enable her to access classified information.

Assange has been in Belmarsh prison since his arrest in April 2019. He had been in solitary confinement in a prison medical unit, but was recently moved into a less isolated section of the prison due to concerns about his mental health.

From May to September of last year, Assange served a sentence for bail absconding, but since then has been waiting for the extradition hearing.

How will the process play out?

The case will be heard at Woolwich Crown Court before Judge Vanessa Baraitser, who has agreed to split the hearing into two parts to give both sides more time to gather evidence and prepare.

Legal arguments will be heard this week and evidence will be presented in a three-week hearing in May.

Unless Assange’s legal team successfully argues the extradition request should be dropped for legal reasons without the need to hear evidence, this week’s hearing will just be a step in the process.

Given the complex legal questions involved, Baraitser will likely deliver her judgement later in the year, taking time to consider the evidence and arguments.

What arguments can we expect to be made?

One key argument for Assange is the assertion he would not receive a fair trial if extradited to the US, as advanced by professor Guy Goodwin-Gill of UNSW.

Revelations that Assange may have been spied on in the Ecuadorian embassy in London, including while meeting with lawyers, raise serious questions concerning the fairness of any process where prosecutors might have access to defence material.

The claim Assange will not receive a fair trial in the US has been unintentionally strengthened by US government lawyers. In a new affidavit submitted in January, the lawyers argued the First Amendment of the US Constitution, which protects freedom of expression, would not apply to foreign nationals like Assange.

Assange’s lawyers are also expected to argue the extradition request should be blocked because it is an abuse of process or politically motivated.

In a preliminary hearing last week, Edward Fitzgerald QC, one of the barristers representing Assange, proposed bringing evidence the US allegedly offered Assange a pardon if he stated Russia had nothing to do with the 2016 hacking of the Democratic National Committee and leaking of Democratic emails to Wikileaks.

The White House has acknowledged Republican Congressman Dana Rohrabacher contacted then-Chief of Staff John Kelly to discuss a potential deal with Assange, but the discussions didn’t go any further.

Baraitser ruled the evidence is admissible at this week’s hearings.

Also see: New indictments set up a confrontation between the US and Julian Assange

The treaty has been frequently criticised because it imposes unequal conditions on extradition between the countries. When the UK seeks to extradite someone from the US, it must demonstrate a “reasonable basis” for believing the accused committed the offence. The US does not need to provide similar evidence when requesting the extradition of someone from the UK.

However, there are still arguments available to Assange’s legal team under the UK Act that could lead to extradition being refused. In particular, they could argue either the extradition’s true purpose was to prosecute or punish Assange for his political opinions, or that he would be prejudiced at his trial because of those opinions.

A possible appeal to the European Court of Human Rights

There are also several scenarios which could unfold when the judge makes her decision.

Whether or not she orders extradition, an appeal from the losing side is almost inevitable. This would go to the Court of Appeal, and afterwards, probably to the UK Supreme Court.

If Assange loses at that stage, he may make an application to the European Court of Human Rights, which has decided state parties to the European Convention on Human Rights may not extradite someone to another country where serious human rights violations are likely. This includes cases where they may be subject to a “whole life” sentence with no prospect of release.

The combined maximum sentence in the US for the crimes Assange is accused of is 175 years.

Given this, human rights arguments will likely be a significant part of the legal process before the British and European courts. While the European Court of Human Rights has no enforcement powers, states do follow its rulings, including in cases when extradition would infringe human rights.

What happens if Assange is deported to Australia?

If Assange does win the extradition fight and ends up deported to Australia, his lawyers have expressed concern the US could make a new extradition request.

However, there are mechanisms under the Australia-US extradition treaty that are not available under the UK-US treaty, which could be used to boost Assange’s case. Notably, either party can refuse to extradite its own nationals.

And if the Australian government does act to bring Assange back, it would be difficult for it to then support another extradition request.

But as Assange’s lawyer Jennifer Robinson has noted, the threat of extradition will continue, at least in some form, until the US withdraws the charges.