Japan to defend whaling activity in Hague case with Australia

Japan is set to tell the UN’s top court that its whaling program — opposed by Australia — is “carefully conceived and planned and sustainable”. 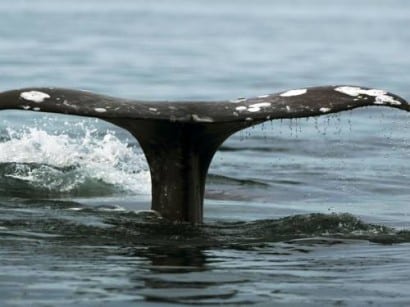 JAPAN will strongly defend its whaling activity this week after Australia told the UN’s top court its “research” program was a parody of science driven by commercial considerations.

Lawyers for Japan will deliver Tokyo’s opening submissions on Tuesday at the International Court of Justice (ICJ) in The Hague.

“Our case is that our research program is carefully conceived and planned and sustainable,” government spokesman Noriyuki Shikata told AAP.

Japan’s expert witness, Lars Walloe, will give evidence this week in the Netherlands.

His credentials have been attacked, with Australia suggesting the physiologist was connected to Norway’s commercial whaling program. It was also noted that his court paper didn’t include a single footnote.

“We see differences of views among scientists,” he said, adding any such disagreement should be resolved at the International Whaling Commission.

Canberra believes non-lethal methods can be used to research whales but Tokyo argues it’s much harder to study them compared with mammals that live on land – such as kangaroos.

“You can identify the number of kangaroos because they are on the ground and I understand that Australian people may not be so concerned about catching kangaroos,” Mr Shikata said.

The spokesman concluded: “Here at the ICJ we are taking about the legal issues not emotions or moral issues.”

But Australian lawyer James Crawford SC on Friday stressed the JARPA program was driven by economic not scientific considerations.

Japan’s true purpose was “maintaining its whaling industry on a self-sustaining basis, through the sale of whale-meat by-product, while it waits for the resumption of commercial whaling”, he told the court when wrapping up Australia’s first round of oral argument.

Japan also will challenge the court’s jurisdiction to even hear the dispute between the two countries.

But Henry Burmester QC told the 16-judge panel last week that Tokyo’s argument was “without foundation”.

“It involves a completely artificial and strange attempt to find a link between a dispute about whaling … and the completely separate issue of maritime delimitation.”

“With the Japanese we quarantine our differences over this subject from the rest of our strong relationship because it’s so important to both Japan and Australia,” he said on Monday.

The three-week hearing in The Hague runs until mid-July.

Canberra is hoping the court will issue a ruling banning whaling by the end of the year – soon enough to halt the next whaling season. – AAP